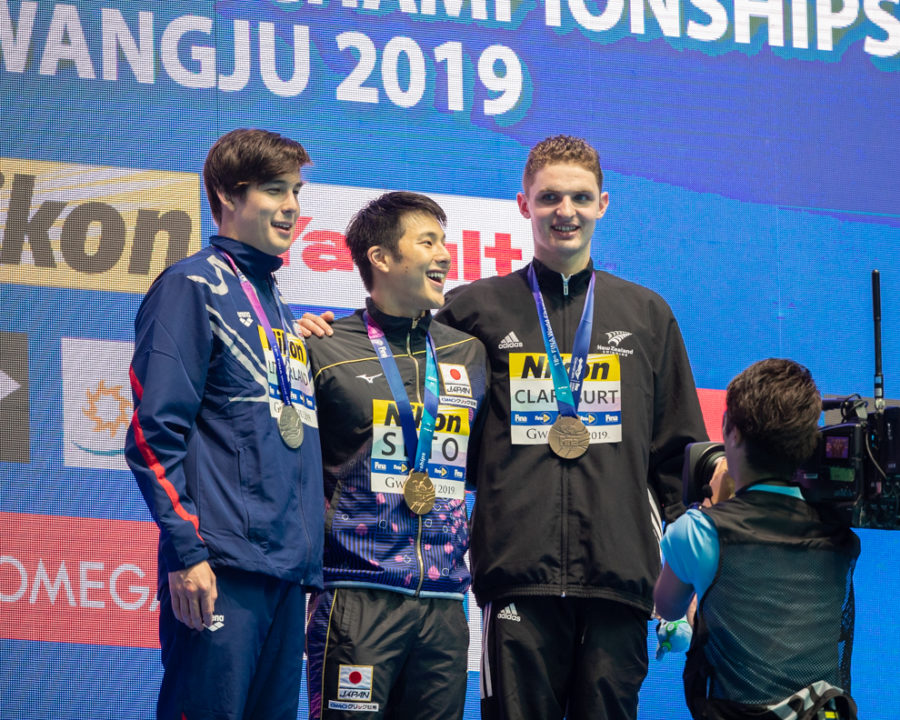 Swimming New Zealand has named Lewis Clareburt as their 2019 Swimmer of the Year after winning a bronze medal at the 2019 World Championships in the 400 IM.

His 4:12.07 in the 400 IM final at the World Championships broke the New Zealand Record, and made Clareburt just the 5th swimmer in New Zealand history to win a medal at a FINA Championship event (and 11th-ever medal).

Sophie Pascoe won the Para-Swimmer of the Year award. That marked her 4th-straight such award and 8th overall. Her year included winning 4 IPC Swimming World Championships in the S9 category.

Two swimmers were honored with the Domestic Swimmer of the Year award for swimmers that performed the best at long course and short course meets in New Zealand. Helena Gasson was honored after breaking 7 New Zealand Open Short Course Records at the 2019 New Zealand Short Course Championships.

The awards were originally meant to be given out this week at the New Zealand National Championships and Olympic Trials this week. After that meet was canceled due to the global coronavirus pandemic, the awards were announced on the organization’s Facebook page instead.