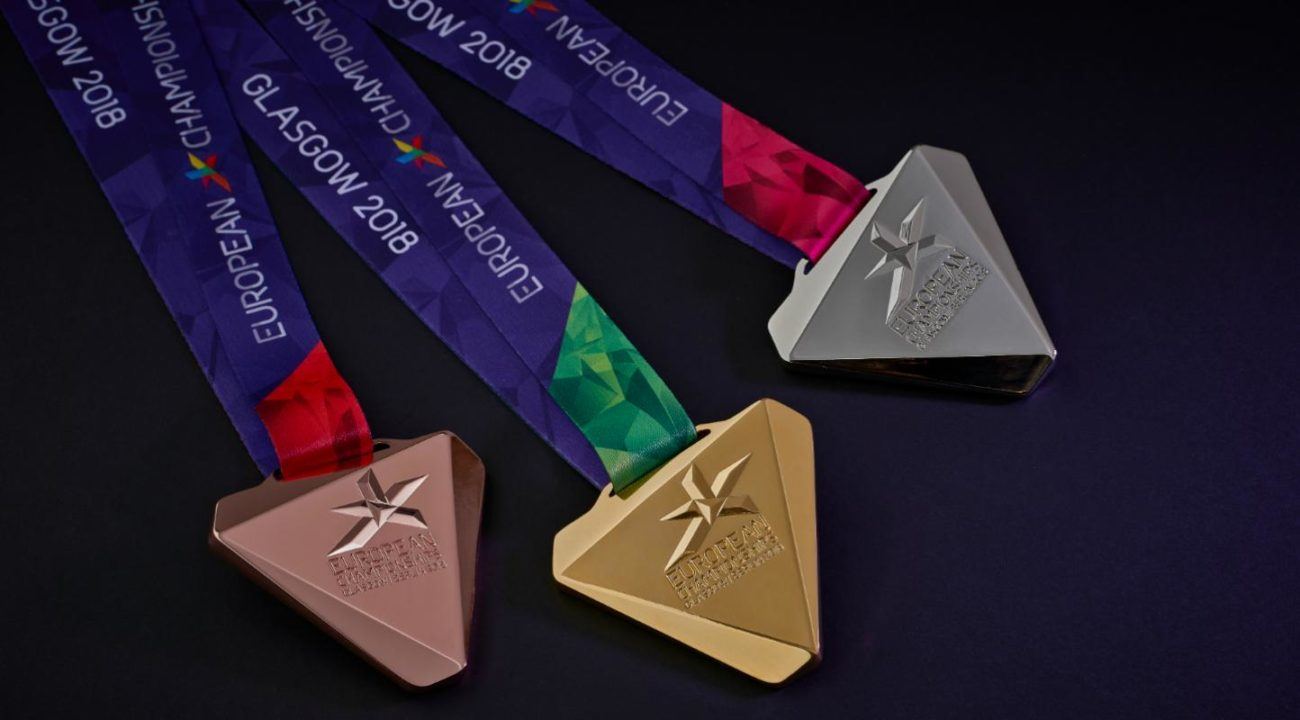 LEN, the governing body for aquatic sports in Europe, has unveiled the designs for the medals at the 2018 European Championships. Further reinforcing the unity between the different spots that are a part of the ‘championship festival, including athletics, aquatics, cycling, golf, gymnastics, and triathlon, there will be one medal design across the events with 188 medals (plus ties) awarded across Scotland and Berlin.

The aquatics portion of the event will take place from August 7th-12th in Glasgow, Scotland.

The medals were formally presented when Jess Learmonth, the reigning European Champion in the women’s triathlon, ran into George Square in Glasgow to deliver their medals for their official public debut.

The 2018 medals were designed by Touch of Ginger: the same company that designed the medals for the 2016 European Aquatics Championships in London.

The 2016 medals were designed to resemble the roof of the London Aquatic Center (famous for its hosting of aquatic events at the 2016 Summer Olympic Games), but this year’s designs had to be more universal as they represented more sports.

The medals for the 2016 European Aquatics Championships, by the same designer

The 2018 European Championships logo is a crystal design, and that’s what Touch of Ginger has tried to capture in the medal. The medal itself is a triangular design, with the ribbons “featuring a striking crystal design that builds to a full sepctrum of rainbow colors that capture the spirt of this multi-sport event.”