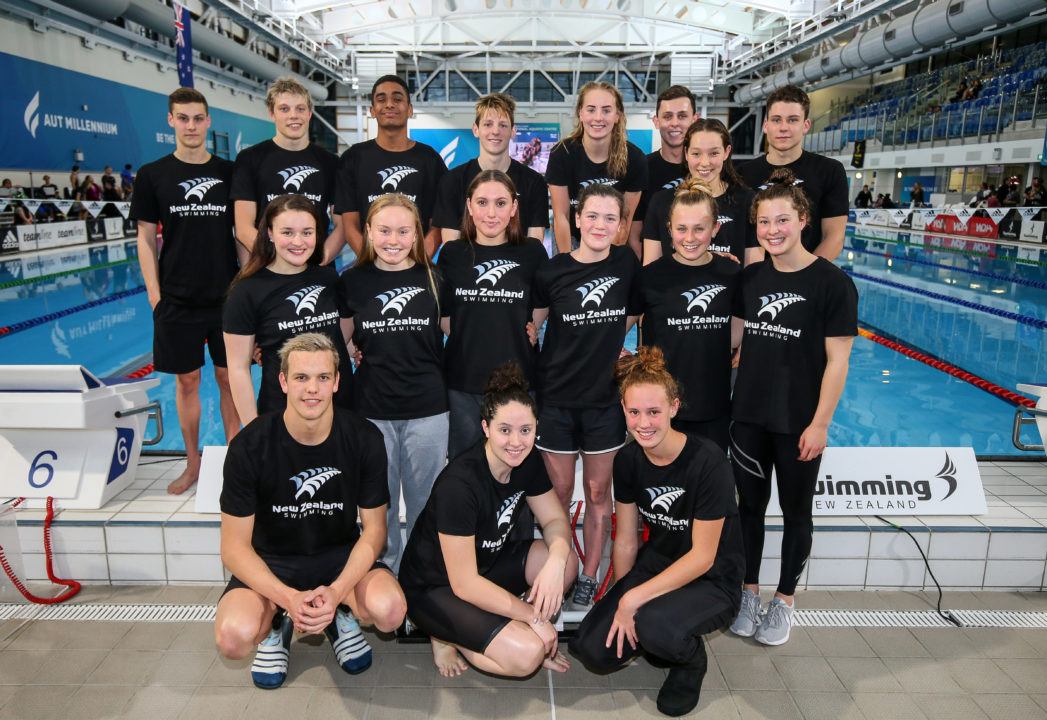 New Zealand has nominated a much bigger roster to Jr. Pan Pacs than they did to the senior edition. Archive photo via Swimming New Zealand

Rather than split their qualifiers, all four nominees for the Youth Olympic Games are also on the Jr. Pan Pacs roster. While 17 qualified for the event, the New Zealand Olympic Committee has limited the roster to 4 – half of the maximum allowed 8-per-nation.

The country’s junior swimmers were responsible for most of the headlining performances at the New Zealand Open Championships last week, including 3 wins from Zac Reid in the 400, 800, and 1500 freestyles; a National Age Record from Erika Fairweather in the 200 free (2:02.56); and multiple National Age sprint records each from 15-year old Michael Pickett and 16-year old Tyron Henry.