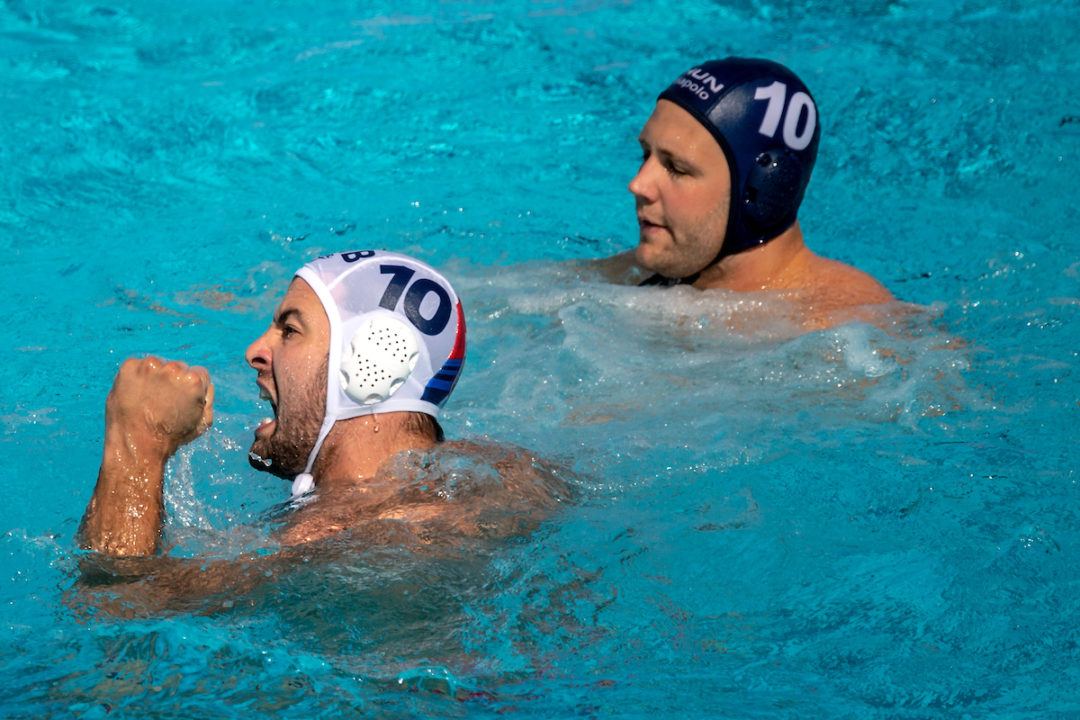 Serbian Olympic champion Filip Filipovic netted five goals, including the last two, which gave his side a three-goal advantage in a thrilling match. Archive photo via Andrea Staccioli/Deepbluemedia/Insidefoto

Filip Filipovic was the star of the first leg in the all-Hungarian Euro Cup final between Szolnok and OSC. The Serbian Olympic champion netted five goals, including the last two, which gave his side a three-goal advantage in a thrilling match.

The first period produced an equal battle, OSC was a bit more precise in front and led 2-3 after eight minutes. The second brought a flood of action goals at the beginning, outside shots caught the goalies by surprise, at this stage Viktor Nagy was struggling in Szolnok’s goal and the visitor team jumped to a 5-7 lead by the middle of this quarter.

But they could not maintain this level in front, Nagy also managed to put his hand on a couple of shots and by halftime it was even at 7-7. OSC’s problems continued in the third, they missed five 6 on 5s, while Szolnok put away two and added one from action. In fact, after 5-7 Szolnok had a 5-1 run and OSC could score a lonely penalty goal in 12:53 minutes.

The Budapest based team seemed to get into trouble in the fourth as Radomir Drasovic made it 11-8 but then Balazs Erdelyi could halt OSC’s bad run and sent the ball home from a man-up. Just 67 seconds later Ferenc Salamon did the same and it looked much better from their angle at 11-10. Soon both sides buried a respective 6 on 4 – it was a tough but fair fight – for 12-11, however, the finish belonged to the hosts.

It was Filip Filipovic who stepped up and netted a man-up with 1:57 to go, then blasted one more, his 5th, after a blocked shot in a dying 6 on 5, 45 seconds from time. OSC had one last crucial powerplay but the ball hit the post so the gap remained three goals. (The number of saves was crucial: it stood 7-7 at half-time, like the score-line, and was 7-3 in the second half, to highlight one of the main differences this evening.)

Beating Szolnok by four (or at least three) goals would be challenging even for the Champions League sides; add that the team is still undefeated in this season in all competitions – so OSC faces a mountain to climb in two weeks.