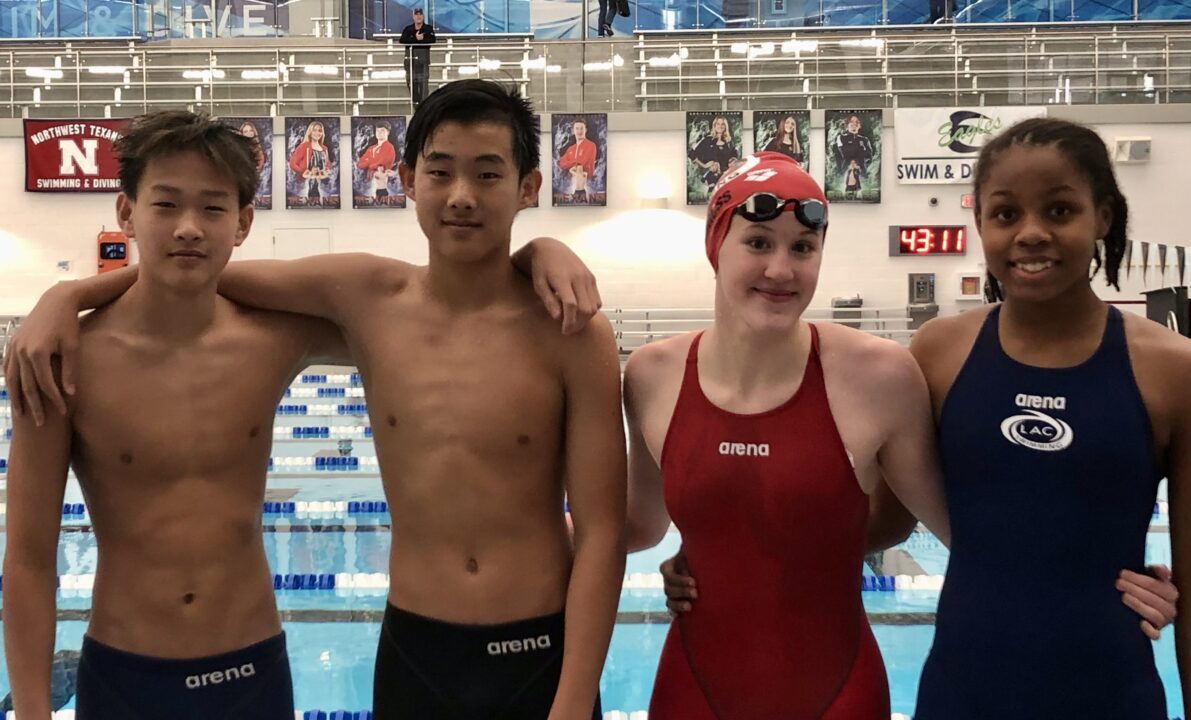 The LAC team of Evan Pan-Wang, Charlie Wang, Lily Andruss and Kennedi Southern combined to break a pair of 11-12 NAGs in the mixed medley relays. Current photo via Andrew Marsh

NCAP went with the traditional M/M/W/W order for the relay, while Lakeside put their two male swimmers in the middle.

In the 400 medley relay, Lakeside went with a slightly different order, with Pan-Wang and Andruss flipping spots on back and fly.

Pan-Wang, Wang, Andruss and Southern produced a final time of 3:52.23, breaking the previous NAG of 3:55.19 set by the TAC Titans in November.

that breaststroke is crazy

Are Pan-Wang and Wang related?