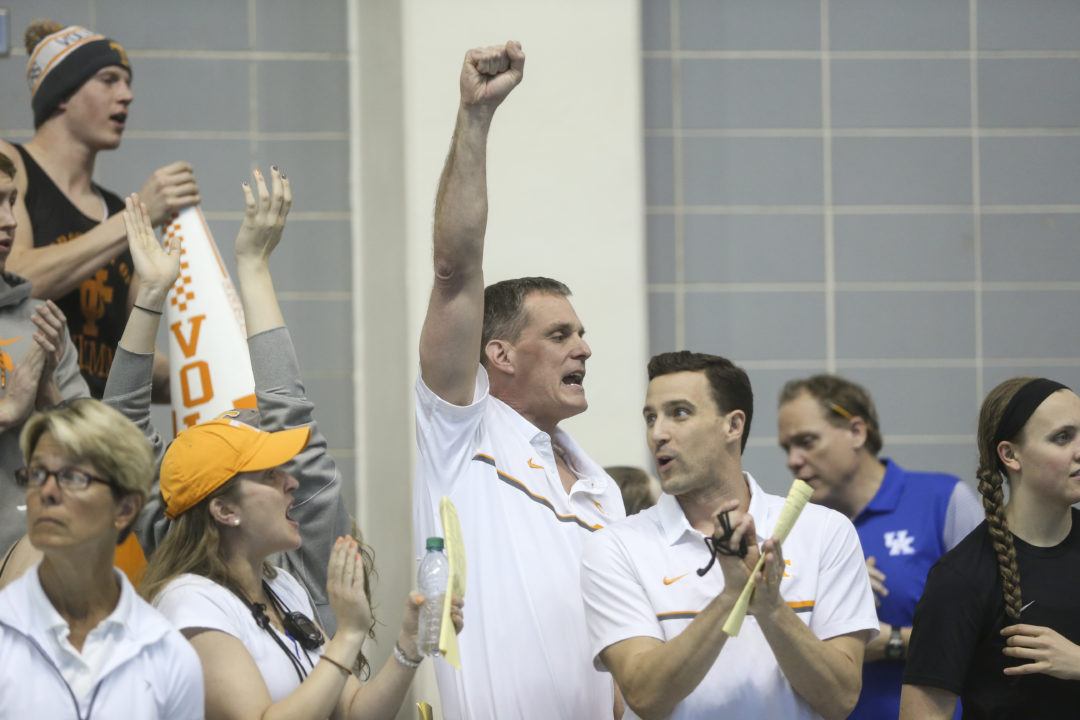 The Japanese elite will be vying for Olympic roster spots without fans in the stands at their sole Olympic qualification meet set for April.

As part of the full rollout of coaching rosters for this summer’s major international meets, USA Swimming announced today that Matt Kredich and Steve Bultman will lead the men’s and women’s teams, respectively, at this summer’s Pan American Games in Lima, Peru.

Kredich is the head coach at the University of Tennessee, and while he doesn’t have any men on the team, he does have two women in current swimmer Meghan Small and alumnus Molly Hannis. Kredich is experienced in this position, having previously served in the exact same role in 2015.

Bultman is another longtime college head coach with a stacked international resume, as he has been an assistant coach at WUGs, Pan Pacs, World Champs, and the Olympics. He’ll have Aggie alums Bethany Galat and Claire Rasmus in Lima.

Kate Lundsten of the Aquajets is the sole woman on the coaching staff. Aquajets swimmers Isabelle Stadden is one of the top recruits in the high school class of 2020, and she’ll be swimming the 200 backstroke at Pan Ams.

Doug Wharam of the Nashville Aquatic Club is the other club coach on the coaching staff. Like Lundsten, Wharam coaches one of the top high school swimmers in the country in the form of Alex Walsh, who’s slated to swim the 200 back and the 200 IM. Former Georgia swimmer Meaghan Raab is also listed as representing NAC.

The coaching staff will be responsible for managing an impressive Pan American Games roster for Team USA, one that boasts several Olympic swimmers, including Miller, Haley Anderson, Lia Neal, Nathan Adrian, Gunnar Bentz, and Tom Shields. On paper at least, this appears to be one of the stronger continents the USA has sent to this event that occurs once every four years.

Also in Lima, Bultman will have post-grad Aggie Sarah Gibson (who is currently training in College Station), and Aggie Taylor Pike is listed as an alternate for Pan Ams.

Do we have 4 yr olds on here voting thumbs down on this?

Two of the classiest swim coaches in the business! Congrats Matt and Steve!