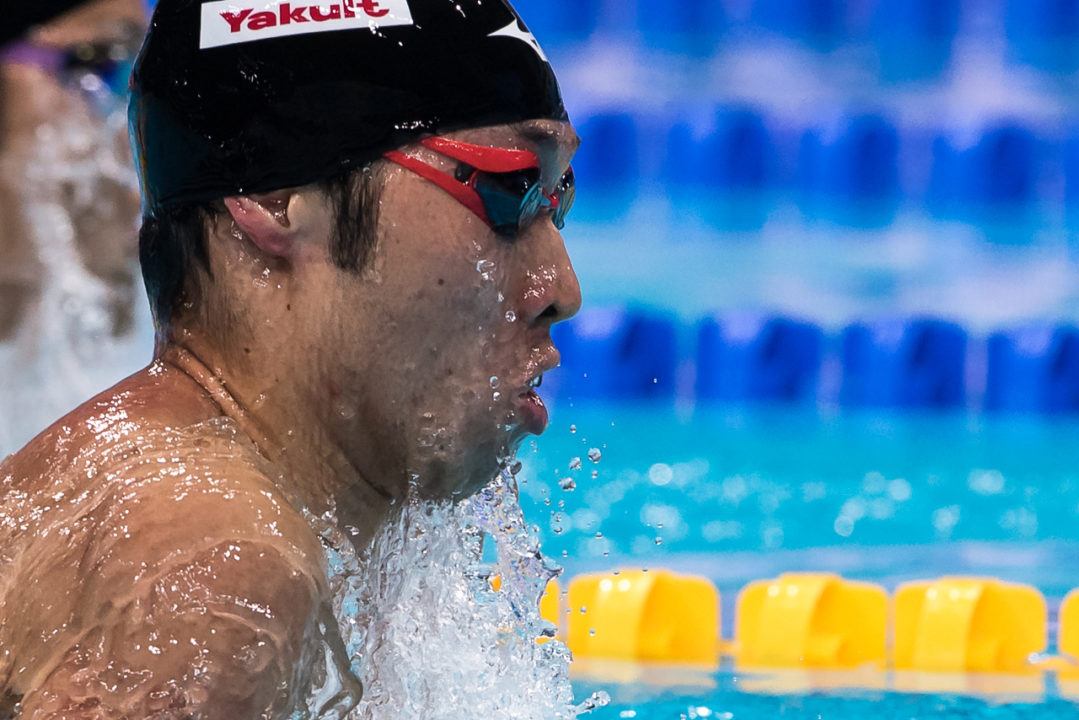 The 2nd Japanese Amateur Championships wrapped up at Fuji Pool tonight, with the likes of Kosuke Hagino, Ippei Watanabe, Katsuhiro Matsumoto and more striking down meet records left and right.

For Hagino, the Olympic champion already hit a milestone on his comeback trail with a 200m back win from night 1. The 25-year-old put up his fastest time in 2 years (1:57.96) to reap gold, setting the stage for today’s 200m IM.

With his final chance to qualify for the Japanese National Team on the line, Hagino busted out a morning 200m IM time of 1:58.73 to land lane 4. Although he’s been much quicker throughout his career, holding the JPN national record in 1:55.07, his time cleared the 1:59.23 minimum time need to add his name to the National Team roster.

His outing also beat out the 2:00.03 he produced at the Tokyo World Cup stop, as well as the 1:59.76 he notched at the National Sports Festival, pointing to the fact the man is back on track with less than 260 days until Tokyo.

A super tight battle ensued in the men’s 100m fly, where ultimate winner, Naoki Mizunuma, earned a .01 advantage for gold over runner-up Takeshi Kawamoto. Kawamoto led at the turn in a 24.21 opener but fell just slightly behind to hit the wall in 52.31. Kawamoto owns Japan’s national records in the short course 50 and 100 butterfly.

Takaya Yasue rounded out the top 3 in tonight’s race in 52.38, just .07 behind winner Mizunuma.

The man who did the dirty 200m/1500m freestyle double last night was back in the water this evening, as World Championships silver medalist Katsuhiro Matsumoto reaped gold in the 400m free. Stopping the clock at 3:51.18, the man dipped under the previous meet record of 3:52.45 with ease.

Miho Takahashi topped the women’ s200m breast in a meet record mark of 2:26.37, while former 200m breast World Record holder Ippei Watanabe proved too quick for the men’s field of his specialty event. Watanabe earned gold in a time of 2:09.66 to clear the old meet mark of 2:10.09.