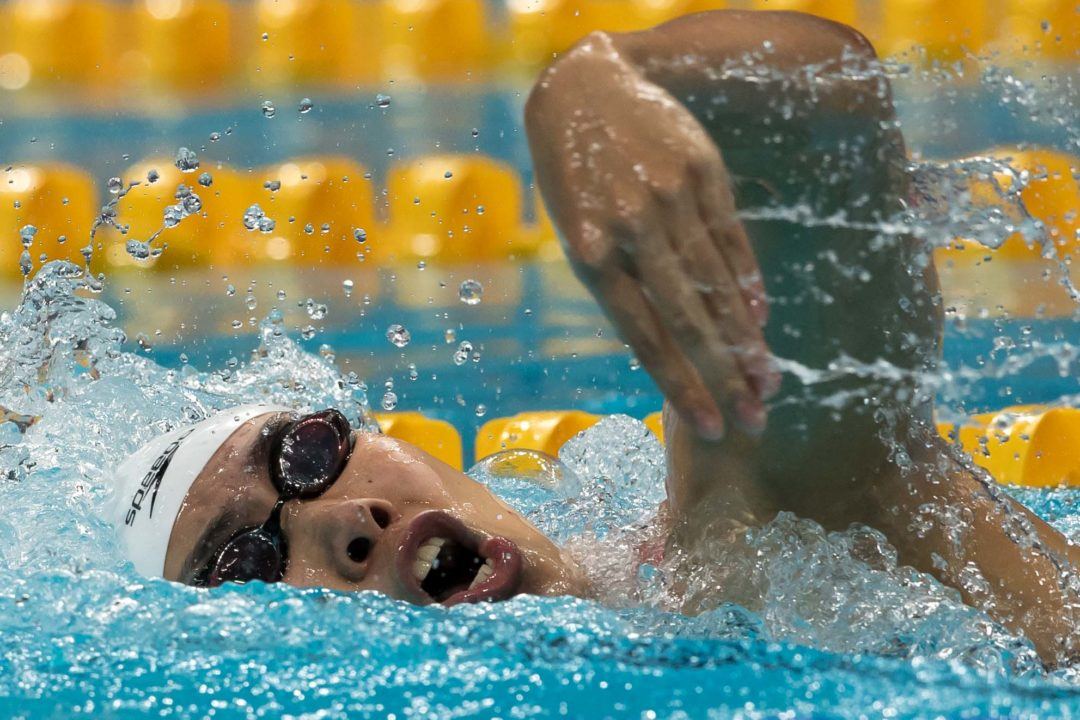 As a follow-up to the alleged warm-up pool altercation reported yesterday, the Korean Sport and Olympic Committee (KSOC) has formally requested an investigation by the Asian Games organization and Olympic Council of Asia.

Per the report yesterday, the KSOC has accused a female Chinese swimmer of assaulting a female South Korean swimmer during Asian Games warm-ups on Thursday, August 23rd. According to Korean news outlet Yonhap, South Korea’s Kim Hye-jin was ‘physically attacked’ by a then-unnamed female Chinese swimmer at the Gelora Bung Karno (GBK) Sports Arena in Jakarta, site of the ongoing Games.

The Chinese swimmer has since been identified as Shen Duo, a relay medalist at the 2015 and 2017 World Championships.

Per the Korean Sport and Olympic Committee (KSOC), Kim accidentally hit the Chinese swimmer’s face, but the Chinese athlete then later kicked Kim. The pair wound up being separated by South Korean and Chinese coaches to prevent any further escalation.

The Strait Times provides the Korean-language statement regarding the KSOC seeking punishment.

“As Kim said she wanted an official punishment against the Chinese athlete over her unsportsmanlike conduct of physical assault, the KSOC officially requested an investigation.

“It also urged proper action to be taken if the assault is confirmed, to prevent similar conducts from taking place again.”

The statement also indicated that Team Korea had rejected an apology from Shen.

South Korean swim team should learn to make headlines through swimming instead of dramas.

“Kim apologized first, but apparently the Chinese athlete couldn’t understand what she said and assaulted her.”
Looks like this is the communication issue.

You post this on every thread about this. It was most likely on purpose enough

I thought you meant the South Korean did it on purpose. I think the they are saying Chinese swimmer acted with intent but it was because she couldn’t understand what was being said to her. Still doesn’t make it okay though.

I remember four years back when Shen Duo at age 16 was considered one of China’s most promising young freestylers, but no more. Could be a frustration factor involved, being one of the members of the revolving door cast of Chinese swimmers. Also not great that she has seen SunYang go unpunished for similar, multiple transgressions–which may have given her a sense of entitlement.. Good that the South Koreans are standing up for themselves.