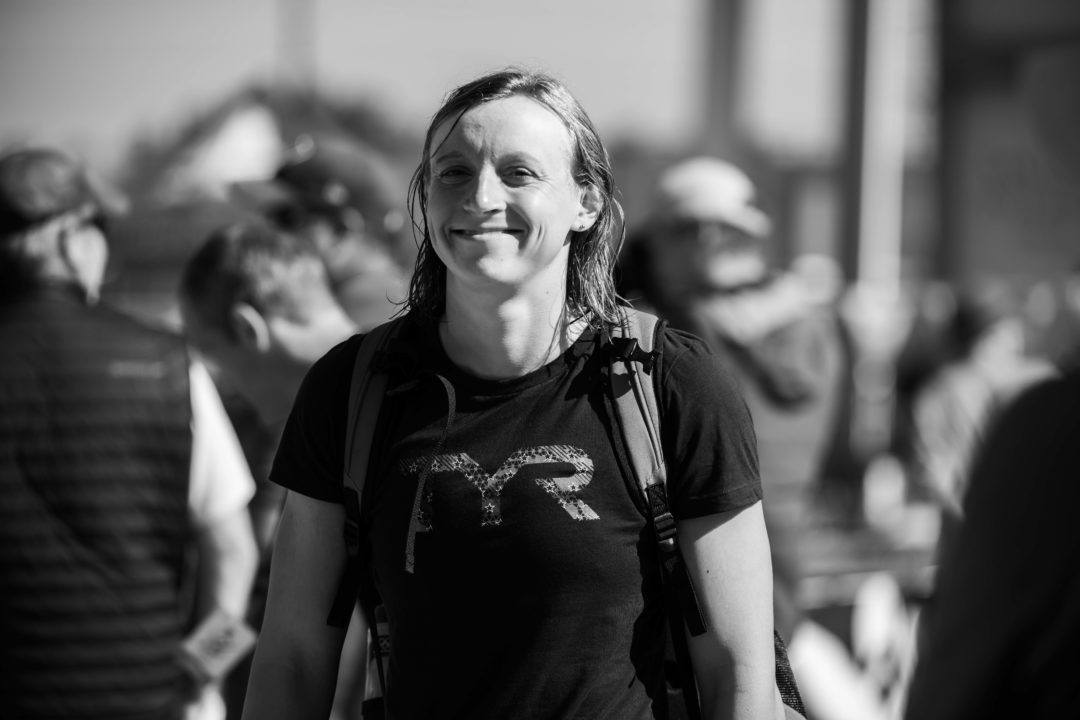 Katie Ledecky is often vocal about her Washington, D.C. sports super-fandom, and D.C. sports have supported her back.

Wednesday night, for the second year running, Ledecky participated in pre-game festivities at a Washington Nationals baseball game. While last year she “just” threw out the first pitch, this year, the Nationals hosted a full-fledged “swim night,” where fans who purchased a special ticket received a Nationals swim cap and could participate in a meet-and-greet with Ledecky.

Last year, Ledecky unloaded her medals on superstar Bryce Harper before throwing the first pitch, and this year, she took the mound with NCAP’s 13-year-old Erin Gemmell, fresh off a breakout Junior Nationals performance (she is also the daughter of Ledecky’s former coach Bruce Gemmell).

I heard @chaddukes was throwing out the first pitch with Katie Ledecky tonight at the Nats game. Chad I never knew you were a lefty 😂 pic.twitter.com/JMZ4sxrFXF

Here are some highlights from the rest of the pre-game fun:

Fun meeting all the swimmers at @Nationals Swim Night and seeing some familiar faces! We've got a great game going right now- let's get the Curly W! pic.twitter.com/mC9BFpQJz9

My kids were so excited, too! @katieledecky pic.twitter.com/HLkvPDnbTt

And while the Nationals have struggled mightily as of late, Ledecky may have been their good luck charm. First baseman Ryan Zimmerman won the game with a walk-off 2-run home run.