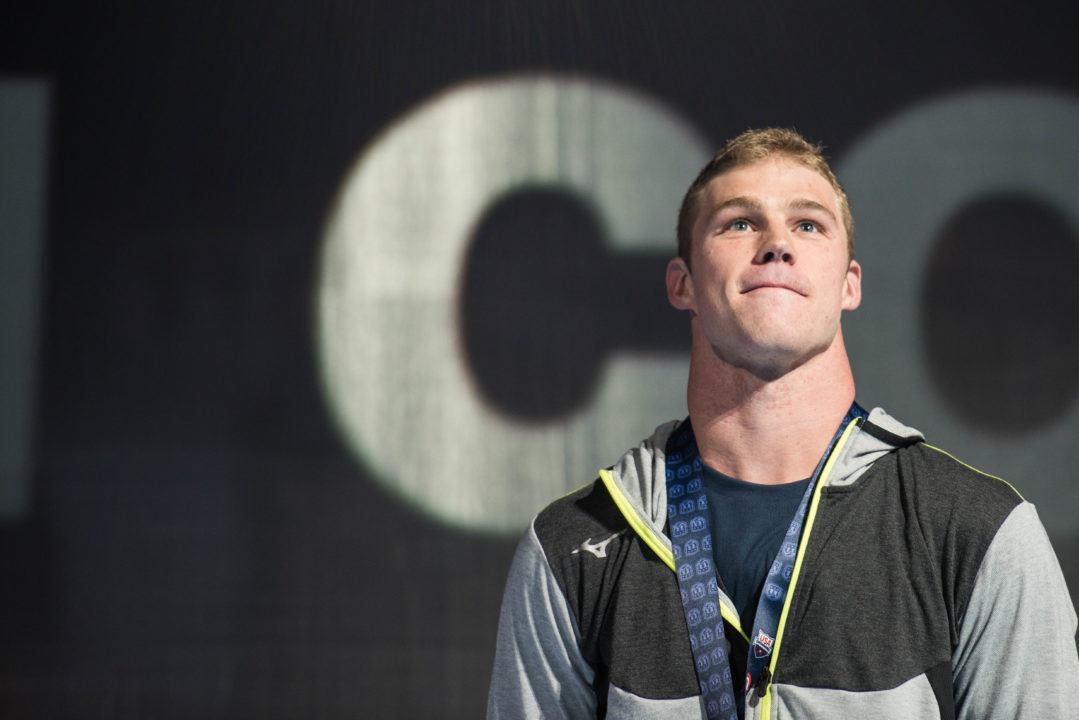 He is the second-fastest American 200 breaststroker in history, behind only Eric Shanteau, who swam his record performance at the suit-era 2009 World Championships in Rome, Italy.

He is also second in the world this year behind Germany’s Marco Koch, who went 2:07.69 at the January Euro Meet in Luxembourg.

Tomorrow, Cordes will have Josh Prenot right on his tail. The Cal standout also played with world record pace through 150 meters prior to falling short and ultimately touching in at 2:08.41.

Awesome! Keep it up and he’ll get that WR and Gold, Victor Davis style!

Never heard of Victor Davis until you paid tribute…..I know him now. RIP Victor the former WR holder and Olympic/World 200m breastroke champ! Will have to watch the biography.

Cordes changes his last lap to sprint mode, but his splits show his 3rd 50 is about a second faster than his 4th. If you convert his SCY times to LCM meters, he could go 2:05. What a stroke!