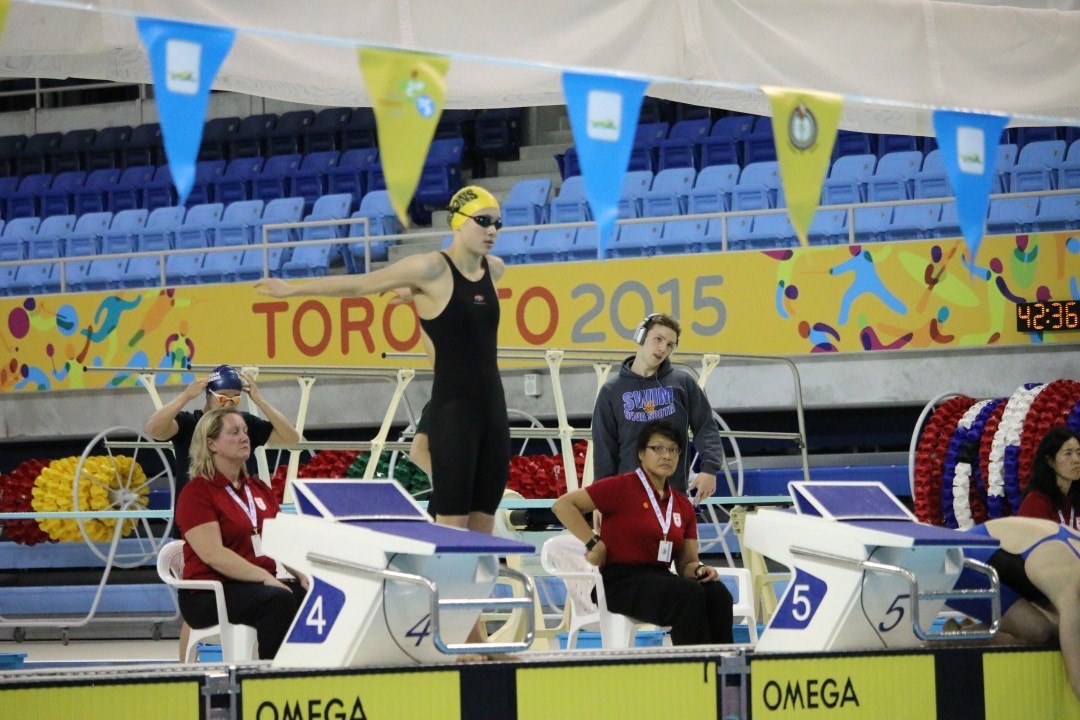 Kelsey Wog's DQ in the 200 breast prelims has been overturned, as she now heads into the final seeded 3rd at 2:28.53. Archive photo via Jacob Cohen

Two of the top five seeds in the women’s 200 breaststroke were initially disqualified in the prelims on day 1 of Canadian Trials in Victoria, with both Kelsey Wog and Sydney Pickrem dinged.

Wog’s DQ has since been overturned, which gives her the 3rd seed heading into tonight at 2:28.53. Her best stands at 2:25.42 from the Olympic Trials. We have reached out to Swimming Canada, and have learned they were both initially DQed for a ‘stroke infraction’. After review, Wog’s was overturned and Pickrem’s remained intact.

Update: we have learned Pickrem was disqualified for doing two fly kicks off the wall, while Wog was initially accused of having some sort of fly motion with her breaststroke kick.

Pickrem put up a time of 2:26.26, which would’ve been a best time and 2nd fastest among the field. Kierra Smith posted the top time of the morning in 2:25.96, and you’d have to expect she can approach her best of 2:22.82. In March at NCAAs she swam the 2nd fastest 200 breast ever, losing out to Lilly King, showing incredible form. Pickrem was 4th in that race and certainly looked capable of going better than the 2:26.2 this morning based on that, but won’t have the chance. 2:25.91 is the ‘A’ standard required for a spot on the Worlds team.

Wog put together a very impressive performance at SC Worlds in December, winning silver in the 200 breast and missing gold by just one one-hundredth. She was a little off that form at the U Sport Championships in February, but now has the chance to show what she’s got. Wog along with Ashley McGregor should challenge Smith tonight, and push to get under the ‘A’ standard. McGregor qualified 2nd overall in 2:26.47.