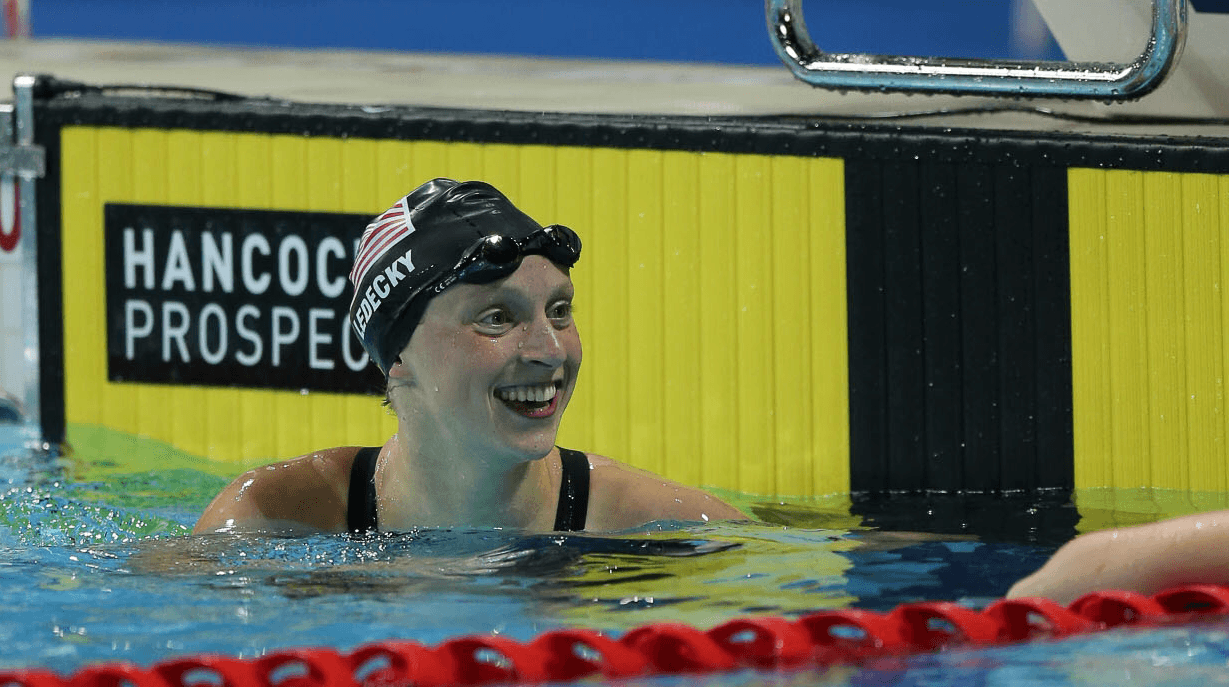 At the prelims today of the visitbloomington.com Bucceto Open at Indiana University, Katie Ledecky put together a controlled 200 meter freestyle,... Archive photo via Paul Younan

At the prelims today of the visitbloomington.com Bucceto Open at Indiana University, Katie Ledecky put together a controlled 200 meter freestyle, posting a time of 1:58.43. She is the top seed going into finals by over five seconds; following her as 2nd and 3rd seeds are 17-year-old Mallory Comerfeld (2:03.88) and Carmel Swim Club’s Claire Adams (2:04.49).

A look at Ledecky’s splits:

Her time of 1:58.43 doesn’t put her into the top 25 this year (it’s a little over half a second off of 25th), though she currently owns the t-5th best time in the world this season with her 1:56.16 which was swum at the Arena Pro Swim Series at Austin.

At that meet, she went 4:00.47 in the 400 meter freestyle which still stands as the world’s best. Last night, Ledecky dropped almost two seconds from prelims to finals in the 400, and she ended up going a 4:01.81 for the win. Comparing this meet to that Pro Swim Series stop in Austin, Ledecky is 1.34 seconds slower in her 400 than in January. It looks as though she probably won’t hit her 1:56 low from January, but she should definitely have more in the tank.

Meet results are available under the search keyword ‘bloomington’ on MeetMobile.

I know it’s not popular to say that on swimswam and by the way perhaps I’m totally wrong, but I think that she should have dropped the 200 free from her world championships’ line-up to keep it for the olympic games next year when she will not have to swim the 1500 free and when she will still have more easy speed in her.