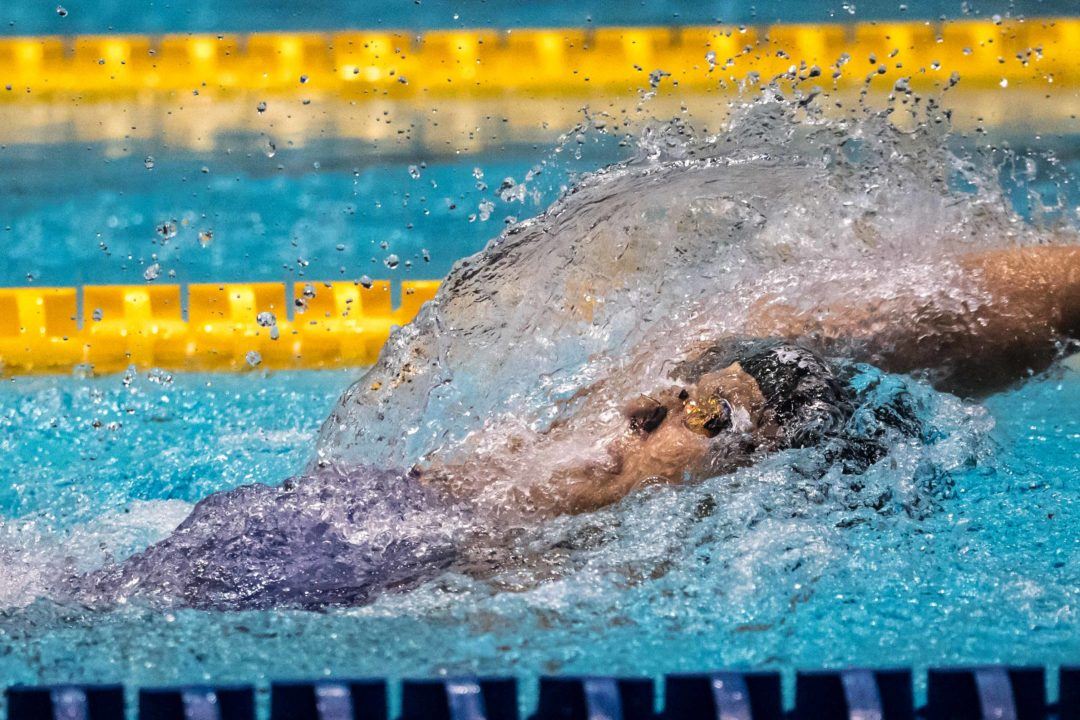 The first of two FFN Golden Tour Camille Muffat stops concluded today in Nice, France, with the next site of Marseille set for March. Before action wrapped up at Piscine Jean Boujn, however, we saw the likes of Katinka Hosszu, Kathleen Baker and Christian Apostolou get wet once again.

For the Iron Lady’s part, Hungarian Hosszu raced in all 5 events in the morning heats with the following results:

The 30-year-old multi-Olympic champion indeed raced her 3 A-Finals come this evening, taking on the tough triple of the 100m free, 200m fly and 400m free.

The 400m free was up first, with Hosszu settling for silver in a time of 4:14:00 behind winner Beril Boecekler of Turkey who hit 4:09.60 for a new national record.

Hosszu was almost immediately back in the water to contest the 200m fly, where she placed 8th in a time of 2:14.84, well off winner Laura Stephens of Great Britain and her winning mark of 2:08.94.

Plymouth Leander’s Stephens represented the only swimmer to dip under the 2:10 barrier in tonight’s race, with her performance checking in as the 2nd fastest of her career.

A time of 2:07.21 is where British Swimming set the Olympic-qualifying standard, so Stephens will need to ramp things up come April’s British Championships.

The final race for Hosszu came in the 100m free where she placed 8th with a time of 56.93. Getting to the wall over a second and a half earlier, however, was home nation swimmer Charlotte Bonnet.

Bonnet clocked 54.19 for gold followed by Michelle Coleman‘s 54.87 for silver. Teen Anastasiya Gorbenko of Israel also landed on the podium in 55.36.

Jeremy Desplanches ripped a 52.84 100m fly time to take gold in that men’s event, edging out Belarusian Yauhen Tsurkin who touched just .11 later in 52.95. Swiss swimmer Desplanches owns a personal best of 52.28 in this event form just under a year ago, while Tsurkin owns a PB of 51.44, his nation’s record.

Finally, American Kathleen Baker capped off a stellar meet with another win, this time taking the women’s 50m back. Stopping the clock in a time of 27.77, she beat the field by well over a second to capture the 7th fastest time of her career and the 5th fastest time in the world this season.

I like right words found by Mrs. Race to describe Hosszu’s performance today – ” ..get wet once again.”