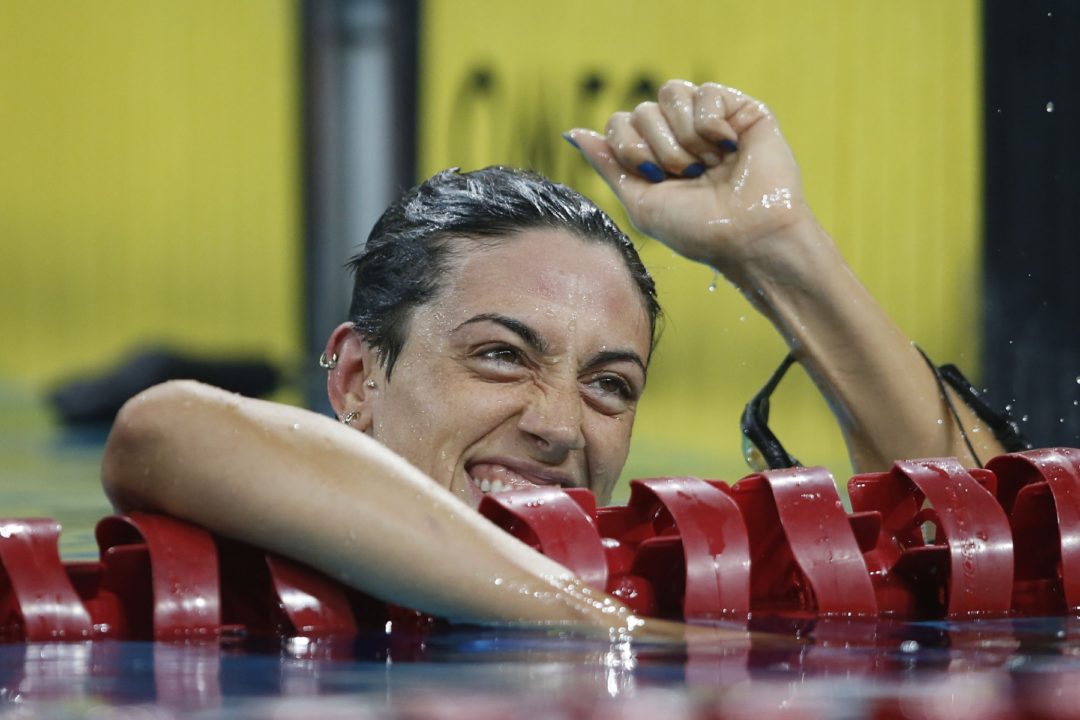 Julia Sebastian broke through with a new lifetime best of 1:06.98 in the women's 100 breast, breaking the South American Record in the process. Archive photo via Satiro Sodre/SS Press

While competing in the heats of the women’s 100m breaststroke, the 25-year-old broke through with a new lifetime best mark of 1:06.98, representing her first time ever under the 1:07 threshold. Her 1:06.98 now checks-in as both the South American Record as well as the Argentine National Record, overtaking her own previous PB of 1:07.69 from the 2018 Maria Lenk that sat as the latter.

For the former Continental Record, Sebastian’s time tonight outperformed the newly-minted 1:07.64 South American mark set by Jhennifer Conceicao at the Sette Colli Trophy the past June.

Splits for Sebastian this morning in Lima include 31.68/35.30, making her the first South American woman to ever dip under the 1:07 threshold in the event. She claimed the 2nd seed in the women’s 100m breast behind America’s Annie Lazor, who hit the wall this morning in 1:06.79. We’ll see if either can drop time in tonight’s final, or if another American, Molly Hannis, can interrupt their head-to-head battle.

Sebastian already clocked a new Argentine and South American Record in the 200m breast this year with her time of 2:24.92 clocked at the Maria Lenk Trophy.