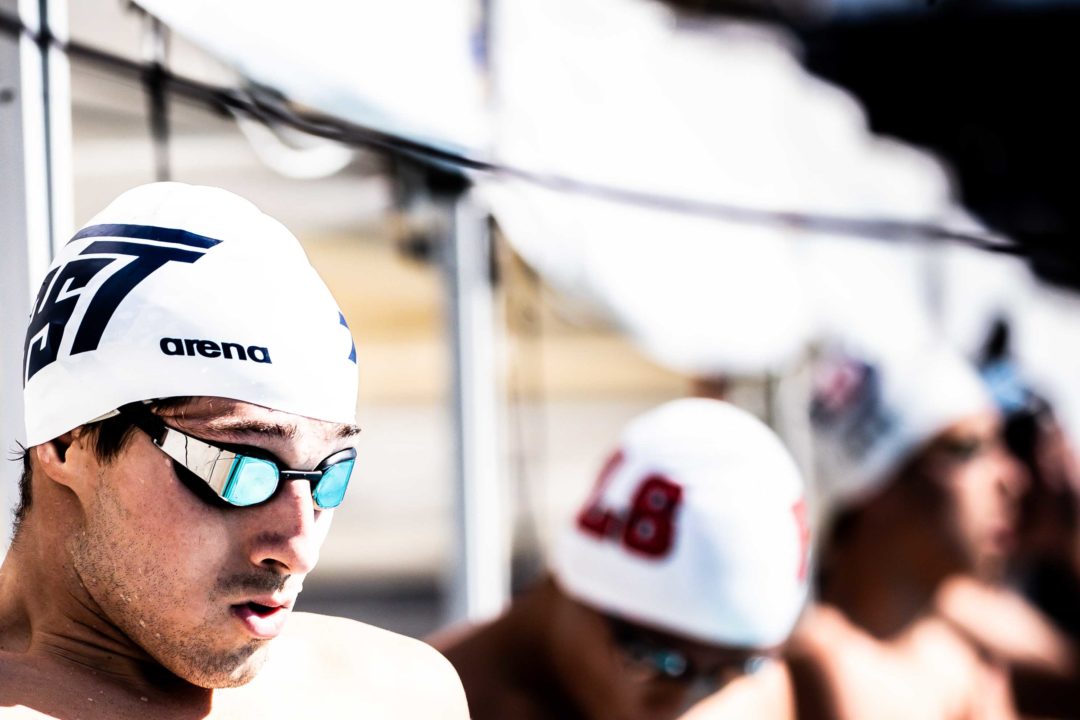 After initially not making the World Championship team, Simon Lamar (above) will now have two swims this week in Budapest. Archive photo via Jack Spitser/Spitser Photography

American open water swimmer Joey Tepper has tested positive for COVID-19 and will miss the open water 5km race this weekend in Budapest, he told SwimSwam on Saturday.

“I tested positive about a week before I was originally supposed to leave,” Tepper said. He is still testing positive, though, “We appeared to FINA to let a doctor’s note excuse me after I did my isolation and masking period, but unfortunately they are being strict that I need to produce a negative test before I can to.”

Tepper says that his symptoms started on the morning of June 14 and that his first positive test was on the morning of June 16. Current CDC guidelines say that individuals can end isolation after 5 full days from the onset of symptoms or a positive test if they are fever free for 24-hours and their symptoms are improving. The CDC also recommends wearing a mask for an additional 5 days.

“While disappointing, I understand zeitgeist surrounding COVID at these games warrants a cautious response,” Tepper said.

While he is definitely out of the 5km race that is scheduled for Monday, June 27, Tepper says that he will retest next week with hopes of being able to swim the other race that he is entered in: the 25k. That event is on the final day of the open water swimming portion of the championships on Thursday, June 30.

There have been several scratches from these World Championships already due to COVID-19 infections. That includes Australian Lani Pallister, New Zealander Erika Fairweather, and the Canadian men’s water polo team.

Tennessee swimmer who has made his first ever National team

one of the USA’s rising open water stars. very much a name you should know. swims out of the University of Tennessee and is also making huge improvements in the pool. very much a threat that people need to look out for