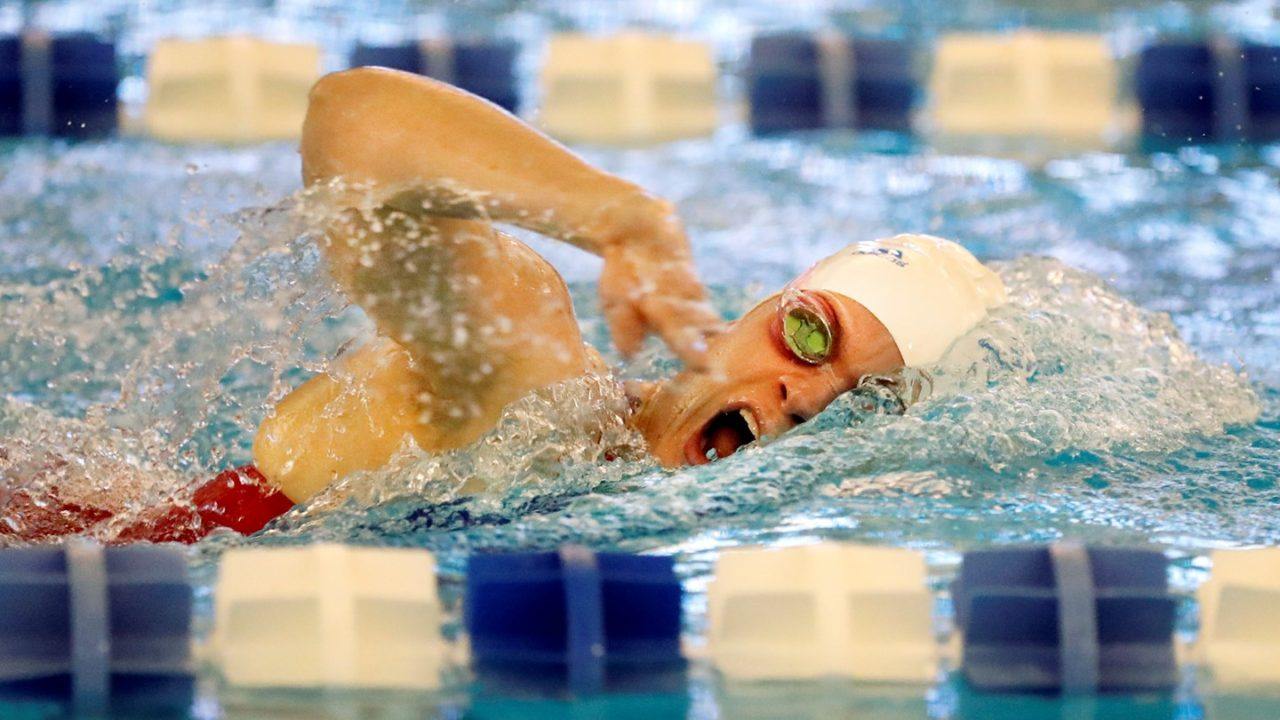 Kansas pulled out a decisive victory over Big 12 rival Iowa State to close out the regular season. Stock photo via Kansas Athletics

AMES, Iowa – Kansas swimming and diving closed out its dual meet season with a 204-111 road victory against Iowa State. The win moves the Jayhawks to 7-1 overall as it heads into the postseason.

Not far behind her in terms of individual top finishes was Jiayu Chen on the boards. The freshman continued her dominance on the season as she won both the 1-meter (301.87) and the 3-meter (355.72) diving events. With the two wins, Chen finishes her regular season going a perfect 16-for-16 in first-place finishes in both events.

“The team did really well finishing off the dual meet season. We did several things differently this weekend to challenge them. They performed at a high level meeting each and every challenge. We’re in a good spot heading into the championship season.”

KEY RACE RESULTS FROM BOTH DAYS

Day two began with a second-place finish by Anna Andersen. Andersen clocked in at 52.56 in the 100 free to miss top placement by .81 seconds.

Lucia Rizzo grabbed a runner-up finish in the 100 fly, touching the wall at 57.42. Trinity Gilbert claimed third place with 58.04 and Wyli Erlechman took fourth with 58.39 to score for Iowa State.

Three Cyclone divers secured three Zone cuts on the three-meter. Jayna Misra nearly closed in on her personal record by scoring a 295.80 and taking second. Dana Liva claimed third with her score of 294.30. Michelle Schlossmacher Smith also scored over 290 with her fourth-place score of 291.90.

The Cyclones touched second in the final event, the 400 free relay. Andersen, Sophia Goushchina, Emma Ruehle and Haas timed in at 3:30.62 to close out the dual.

“We’re still learning about little things,” said head coach Duane Sorenson. “Kansas is a really good team and have a lot of depth. We saw that at the Kansas Classic and they just kept rolling. This is typical for us this time of the year. We’re solid but not great, but when we get to the conference meet we really come and put it all together.”

Following the meet, Iowa State will prepare for the Big 12 Championships in Morgantown, West Virginia. Competition will begin Feb. 26 and run through Feb. 29.