Japanese newspaper and official Olympic sponsor, the Asahi Shimbun, published a staff editorial yesterday urging Japanese Prime Minister Yoshihide Suga to either cancel or delay the 2020 Tokyo Olympics, which are scheduled to begin July 23rd. The newspaper is one of the oldest and largest newspapers in Japan, with a print circulation of over six million copies a day. The editorial led with the following blunt call:

The COVID-19 pandemic has yet to be brought under control, rendering it inevitable that the government will have to declare another extension of the state of emergency currently covering Tokyo and other prefectures.

It is simply beyond reason to hold the Tokyo Olympics and Paralympics this summer.

More specifically, the editorial pointed to fears that holding the Games as scheduled would endanger the health and safety of Japanese citizens. Cases in Japan have spiked in recent weeks, leading to a state of emergency throughout much of the country, and only a few percent of the country’s citizens have been vaccinated.

The editorial continues to argue that, even if the Games are held in such a way to minimize contact between the athletes and the general public, there remains of risk of overwhelming Japan’s healthcare system.

According to a survey Asahi Shimbun conducted, only 14% of Japanese citizens favor the Olympics being held as currently scheduled, with the remainder split roughly evenly between canceling the Olympics totally, and delaying them once again, perhaps until 2022.

Despite the apparent feelings of much of the Japanese public and now of the prominent sponsors, both Japanese politicians and International Olympic Committee officials continue to reaffirm their belief that the Games will be held this summer with minimal risk. Leaders such as Japanese Olympic minister Seiko Hashimto and IOV Vice President John Coates have pointed to the five Olympic test events that Japan has hosted recently as evidence that things should be able to proceed this summer, despite much of Japan continuing to be under a state of emergency less than two months away from Opening Ceremonies.

It’s happening but athletes will have watchers assigned to them, 24/7, and they will be confined to designated hotel rooms when not practicing. That’s the norm for all events happening now. There will be no freedom of movement for athletes and no Olympic experience. It will literally be just sports then back to your hotel room, with an escort the ENTIRE TIME.

The Japanese gov. is too feeble to cancel anything 2 months out. After 1.5 years, they haven’t yet figured out how to mitigate covid in Japan. Few will bicker about cancelling (posture with politeness) then change nothing. They would need years to cancel something this big. Obligatory, Obey, “Social harmony” is the death knell for expediency in… Read more »

Sheesh. Japan feels like a colony because they treat others like outsiders and they choose to be a colony with mental isolation. Xenophobia rules in Japan. Just how it is here.

From the article: “It’s unforgiveable for the IOC to place priority on holding the games over the lives of Japanese citizens,”

This is rich. They don’t care about the lives of Japanese citizens already! Schools closed for one week and only in urban areas, over a year ago. That’s the only draconian measure ever taken in Japan. There was never a lockdown, never closures. There is no social distancing in Japan. Social distancing has never happened here. Trains and shopping have been crowded the entire pandemic.

Yep, seems that some section of the society wishes to have the sovereignty to be hypocrites.

However, they do welcome 30 million tourists per year and a few million expat residents who are allowed to 100% own property & businesses…so your emphasis on xenophobia is overstated somewhat in 21st century Japan.

Japan is denying non-Japanese long term, permanent residents re-entry… and trying to block foreign athletes who are willing to get a neg. test while doing next to nothing in Japan.

I’d agree with you in normal times about normal conditions, then we could talk about their normal xenophobia. It doesn’t go away because you don’t know about it.

Japan is a complex highly nuanced society with a full spectrum spanning from openness to insularity to xenophobia.

Then you don’t know Japanese people after 25 years. The majority are on one side of your disconnected spectrum. Openness is extremely rare. Japanese are close minded, group think. Search “social harmony” to learn more. And welcome to Japan!

Get well soon my friend.

You cannot judge any Asian society with typical american narrow minded black and white view. There are many things one may hate about Japanese society, including their class system and relationships between bosses and workers (in my case), but as Heisenberg said above, it is too complex of a society to generalize the way you do. The decision will be made with respect how much face they will lose if they cancel games or not, from international community or/and domestically. Losing face is still the worst nightmare in Japan, China, South Korea, etc.

There are like 3 million expatriates living in Japan, and the number’s been increasing every year since 2015. There are about 600k in Tokyo. Sorta doubt they’re close minded, groupthink people. Furthermore, Mori was ousted for his old groupthink attitudes about women, and was replaced by Seiko Hashimoto, a woman. So what’s your explanation for that, oh font of Japanese societal wisdom?

Let them swim. Enough of this!

And run, cycle, wrestle and list ends with every other Olympic event. Every athlete trained for this opportunity for there entire life. I dont know the numbers, but a brutal percentage of them only has this kind of event once in there lifetime, but they will speak about until their golden years as grandmum and grandfathers or simply as an elderly person the youngsters at a sporting event.

Either let them swim or make the call NOW so that FINA and the other governing bodies for the sports can set up alternate competition sites. So many athletes—not just swimmers (think cyclists, rowers, track athletes and more) have already extended a four year training block into five. It’s time to get some times on the board.

Not the same for many reasons . However your comment did lead me to look at those Politburo faces peering down .

Even tho many were from Czarist times & there were Soviet jokes Brezhnev was actually dead but they are ALL younger than Joe , Nancy Chuck & Mitch . 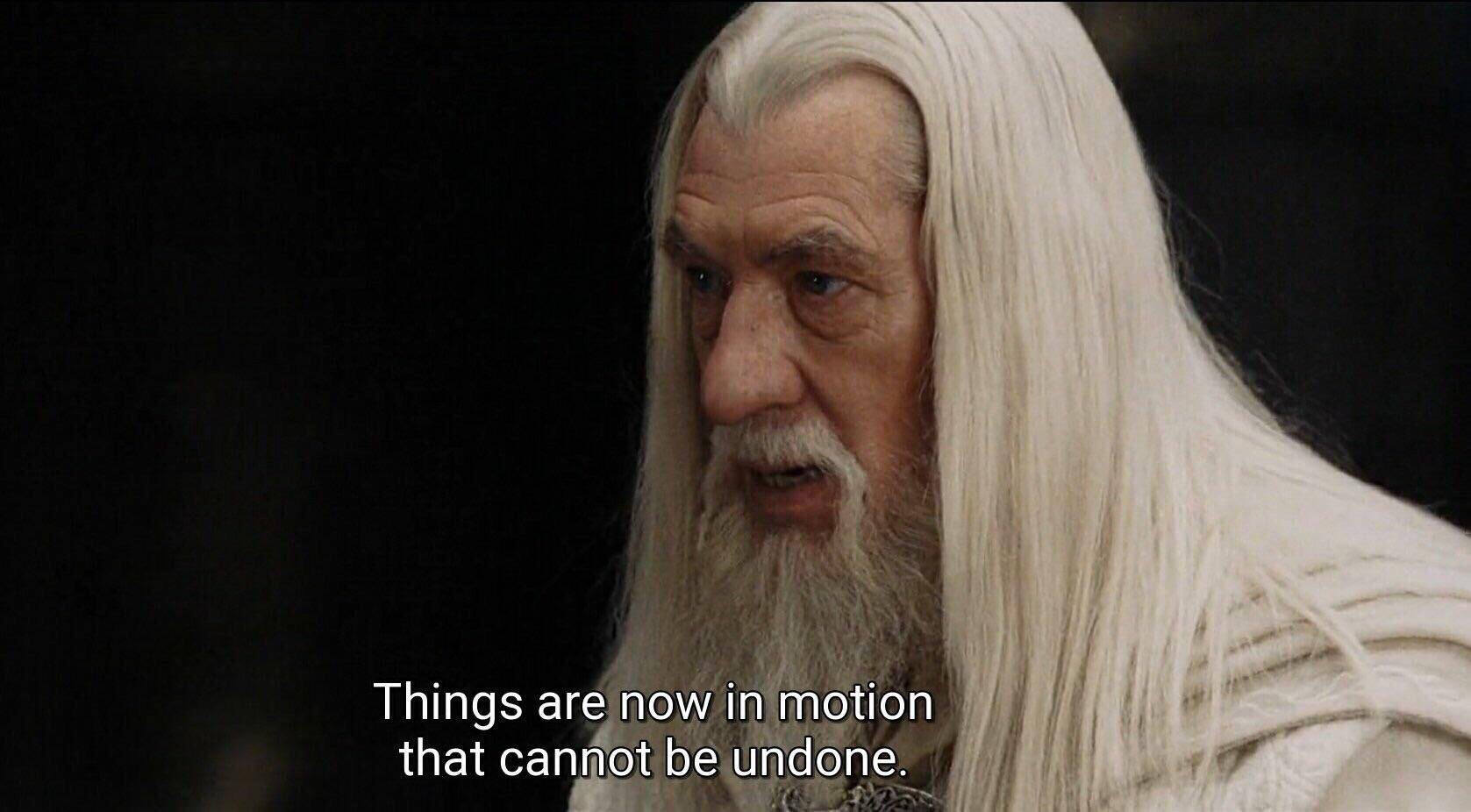 Disgraceful behavior from Japan if the olympics is cancelled yet again so early before the games. It’s amusing to see them try to generate an image of themselves as a duly-responsible country in response to Covid yet in actuality they’ve continued life completely as normal with hundreds of people being crammed into subway carts at a time. Just with masks on!

If the vaccine is effective, and most if not all athletes/coaches/staff are to be vaccinated, wouldn’t it be a safe assumption that that the game participants would not be contributing to spreading the virus?
Enough is enough, let these athletes compete.

The euros were succesful with only 4 covid cases reported now. I hope they will not cancel again, even empty stands are a good option. It will be really depressing for all the athletes that have finished their trials and trained hard for this.

Most people in Europe are already vaccinated. That isn’t the case in Japan.

Why are they so slow with vaccinations in Japan?

First, Japan has always been a risk averse country and this has carried over into our vaccine deployment. Despite vaccines being administered millions of times around the world successfully, no Japanese politicians were willing to stick their neck out and push the vaccines out quicker, on the off-chance that they’d receive backlash from their voter base for 1-in-a-million side effects. A likely reason for this degree of care from politicians is because the elderly here account for a very large portion of votes and vaccine skepticism seems to be unusually high in this age group compared to others.

Because of this, Japan insisted on conducting their own trials, which slowed things down considerably for obvious reasons.

We knew from the beginning that the whole process of developing and rolling out vaccines historically takes longer than this…they should’ve gone for the 2 year postponement option when it was originally on the table. Water under the bridge and whatever consequences come from that short sighted decision will be what they’re going to be. Blame it on that decision solely, blame shifting doesn’t seem valid.