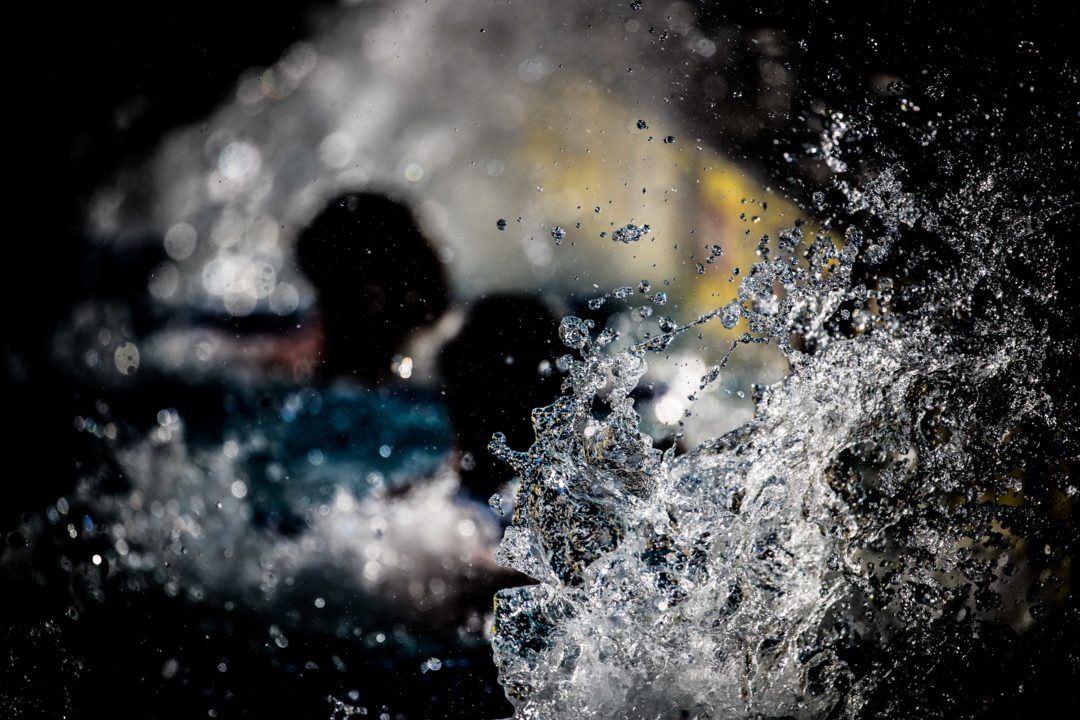 Atkinson was hired as the head coach of Stony Brook’s revived swimming & diving program for the 2017-2018 season. Prior to that, the program had been on competitive hiatus since 2013 due to pool maintenance renovations. In January of 2018 (in the midst of that first season since reinstatement), the school dismissed Atkinson and assistant coach Jordan Bowen, following allegations of emotional abuse by team members.

Now, Atkinson claims that the school overreacted to the complaints, according to the New York Post. Atkinson says the school terminated her without properly investigating the complaints, which she calls “demonstratably false.” Atkinson also says that male coaches in similar situations have gotten support from the school.

The case is remarkably similar to that of former Rutgers head coach Petra Martin, who was fired suddenly in the fall of 2017 amidst allegations of verbal abuse towards athletes. Martin also pointed to implicit gender bias as a reason she said she was treated differently than male coaches dealing with the same complaints. Martin and her attorney eventually agreed to a $725,000 settlement that included a public statement from the school clearing her of the bullying allegations.

Thomas Newkirk was the lawyer who represented Martin in that dispute, and he is also representing Atkinson. Newkirk says his firm has identified 150 female coaches across the country who he says have been harmed in a similar way.

“Coach Atkinson brought this claim with the goal of educating universities and other coaches about a national crisis affecting female coaches,” Newkirk said. “Gender bias is causing an increasing number of unfounded student-athlete complaints against female coaches, who are then improperly investigated, and often fired, for those complaints.

“Our primary objective is always to help universities recognize and eliminate gender bias in the way they process these student-athlete complaints,” Newkirk said. “When that doesn’t work, however, a lawsuit is the only way to make a difference”

We’ve reached out to Stony Brook for comment, but have not yet received a response.

I have been fortunate to work with Janelle, she is an exceptional PERSON and I’m proud to call her a friend. Perhaps more light will be shed on the entire situation and the issues can be resolved fairly.

Not sure how she’s going to claim gender bias when she lost her job at Fairfield for the same reason. I swam for her. None of this is gender bias… this is because she is a verbally abusive and mentally manipulative coach.

This is a joke.

It is not. Damage is done. Not funny

This goes on in too many places I suggest the NCAA wake up. Develop training. Demand coaches are held accountable. Too many schools turn blind eye

Male coaches get fired for drastically less and with zero investigation. Their careers and lives get dismantled on things that are proven false from the beginning, but the school would rather “look good”. She’s just crying because as a female, she can bully her way to lawsuits no matter what she does and walk out with 725k.

You really haven’t been paying attention to anything in the coaching world then, have you. D.J. Durkin at Maryland was kept on after a student died on his watch, until a public outcry lost him his job. Rhondenbaugh spent all of what, maybe 2 days without salary before picking up another prime position. How many other male coaches have been shown the “gentleman’s exit” and allowed to resign and find an equal job elsewhere.

Good for coach Atkinson. However, female swimming coaches are not the only ones denied du – process.
in most cases “spoiled” younger generation athlete is the cause.

I think by definition the student athletes will be younger generation. Some spoiled. Really I think that what kids thought was normal “tough” coaching/motivation talk 20 plus years ago, they now take as a personal attack. I wonder how the deal with it in military training. We used to think of both in a similar vein. It sucked to get called out but you looked at it as a part of the team rather than an individual.

You live in lab lah land don’t know this case

For a second there, I thought you were invoking Bob Loblaw.

Big fan of his law blog.

As a part of Janelle’s swim team at Fairfield it is easy enough to say that swimming under her was the worst experience I have ever had as an athlete. I have had harder coaches than her, men and women, but she was just a terrible person. Simply put, she had no regard for the well being of her swimmers, ending multiple serious college swimming careers due to injuries. She emotionally abused my teammates and I, causing half of her first recruiting class leave the program. She was manipulative, cruel, and absolutely had no capability of controlling her temper or mouth. Don’t fall into this notion of “the athletes are just spoiled and don’t want to work hard” because the… Read more »

No. I’m just a mom who writes a column. I can cite detailed examples that have been shared. There are really bad coaches out there. As there are great ones

It is quite possible SBU didn’t do proper due diligence in investigating the matter. Whether a thorough investigation was completed or not, doesn’t change the fact that Atkinson probably shouldn’t be coaching.