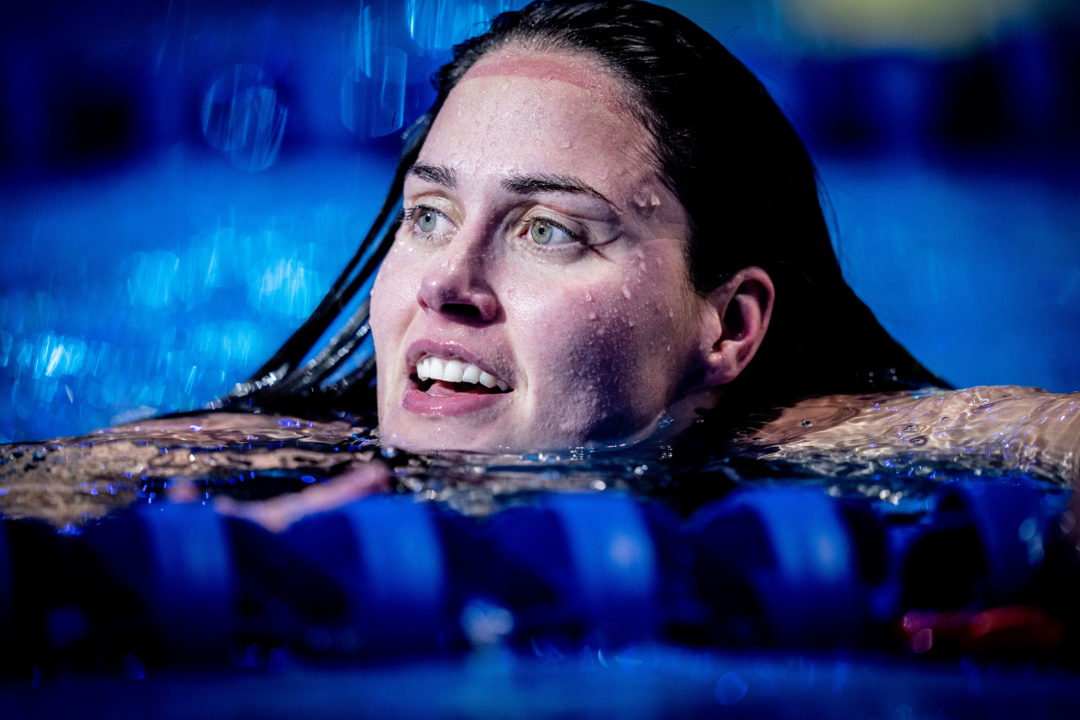 Boglarka Kapas is the 2021 Hungarian Short Course National champion in the women's 200m IM after taking the meet title tonight in Kaposvár. Archive photo via Mine Kasapoglu for ISL

Olympian Katinka Hosszu continues her return to racing since the 2020 Games in Tokyo, Japan, taking on the women’s 200m IM after collecting bronze in the 100m IM here in Kaposvár.

On day 2 of the 2021 Hungarian Short Course Championships, the versatile swimmer just missed the podium, placing 4th in the 2IM in a time of 2:11.71.

Taking the meet title was domestic rival Zsuzsanna Jakabos, with the 32-year-old producing a time of 2:08.42. That cleared the field by over a second with Dalma Sebestyen getting it done for silver in 2:09.51 while Panna Ugrai rounded out the top 3 in 2:10.81.

Dominika Varga proved fastest in the women’s 50m fly in 26.34 while Peter Holoda accomplished the same feat in the men’s race in 26.34 this evening.