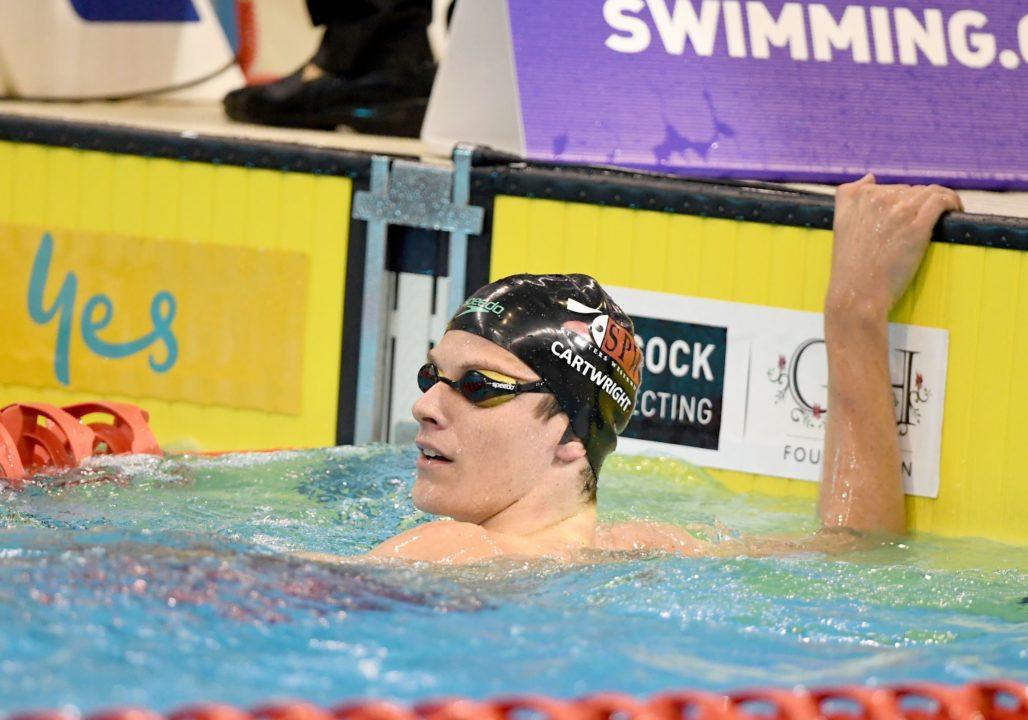 Swimming Australia has announced that Jack Cartwright has scratched out of the men’s 200 free A-final on night 1 of the Pan Pacific Championships, allowing Clyde Lewis to be bumped up into the championship heat and Mack Horton into the B-final.

Cartwright had swum a time of 1:46.38 in the prelims, the 4th fastest overall and 2nd fastest among Aussies with Alexander Graham (1:46.35) .03 ahead. That lowered Cartwright’s personal best by almost a full second, previously having been 1:47.31 in 2017. Graham also set a best time, previously a 1:46.60 at the Commonwealth Games.

Those swims knocked medal favorites Chalmers (1:46.62) and Horton(1:46.66) out of the A-final, with Horton not even in the B-final as Lewis was the 3rd fastest Aussie in 1:46.54 (only two swimmers per country can swim in the A-final, and an additional two in the B-final).

But now, with the scratch, Lewis will get bumped up into the ‘A’, and Chalmers and Horton will contest the B-final alongside Americans Blake Pieroni and Zach Apple.

I thought Chalmers would also scratch the B finals and allow Elijah Winnington to swim in the B final .. what a mess eh.. lol

I thought it was a max of 3 swimmers in Finals per nation.

Meant A/B finals. I know you can only have two in the A, but I thought you could only add a third (assuming 2 in A final) to the B.

Anyone know why he scratched?

The desire to rest for the100m finals which are on tomorrow (same as Chalmers) and he just wanted to post a solid time to be considered for the 4c200 relay ..

To give Horton a chance.