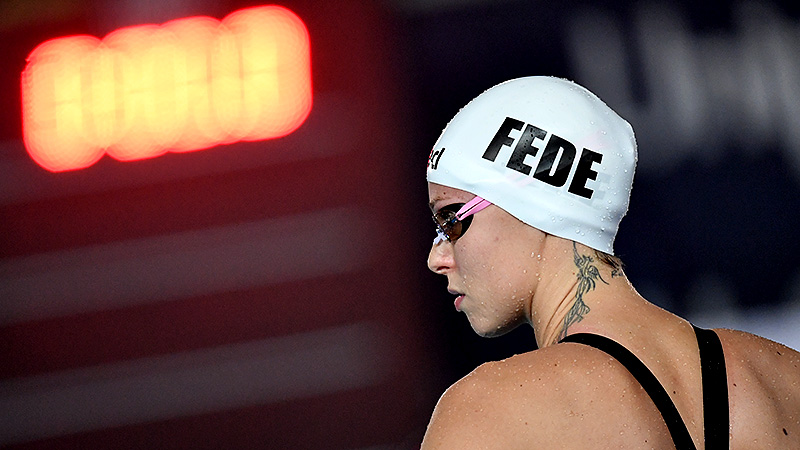 Athletes are blasting an Italian Swimming Federation proposal to confirm five to the Olympic team before the national championships next month. Archive photo via Andrea Staccioli / Deepbluemedia / Insidefoto

The Italian swimming federation has proposed confirming five athletes to the Olympic team before next month’s qualifying meet. Athletes are publicly criticizing the federation over the proposal.

Italy’s swimming federation, Federnuoto, published a press release this week announcing the proposal. Technical director Cesare Butini will propose the following five swimmers be added to the Olympic roster for 2021:

The release says that the proposal “takes into account the performances obtained” during the Sette Colli Trophy from August. It appears Detti (400 free), de Tullio (400 free), Burdisso (200 fly) and Caramignoli (1500 free) had top-3 world ranks as of their swims at the Sette Colli Trophy. Pellegrini appears to be added based on her 2019 World Championships gold in the 200 free.

“We tell athletes after three months that a competition was valid for Olympic qualification?” Scozzoli asks, in rough translation from the Italian.

“I’m not saying at all that the athletes in question don’t deserve it,” Scozzol writes in his second story. “But with those criteria, other athletes deserve it as much as they do!”

Even Pellegrini, a beneficiary of the proposal, posted on Instagram “I’ll win it in the field, as I have always done!!!”

As italian I think that all these athletes would have been able to qualify during trials here in December or next April even without this little “help”. There was no need to add them to the roster BEFORE the trials.
I understand the good intentions of our federation: all these swimmers, last October, had to interrupt their trainig for weeks because they tested positive for Covid (Burdisso, De Tullio, Detti and Caramignoli during training camp in Livigno and Pellegrini before going to the Budapest ISL). Now, with this decision, they can work straight to the Olympic Games without the thought of necessary swimming a qualifying time during trials.
But then again, even if they weren’t added to the… Read more »

2 guys qualified in the 400 free makes it pretty bad – no one even gets to compete for a slot in that event? Paltrinieri goes 3:39 (unlikely I know), and not even an entry at Tokyo

Doesn’t seem right to confirm both 400 free spots without giving other athletes a qualifying chance in the event. Good on Fede for speaking up – A champion in every regard.