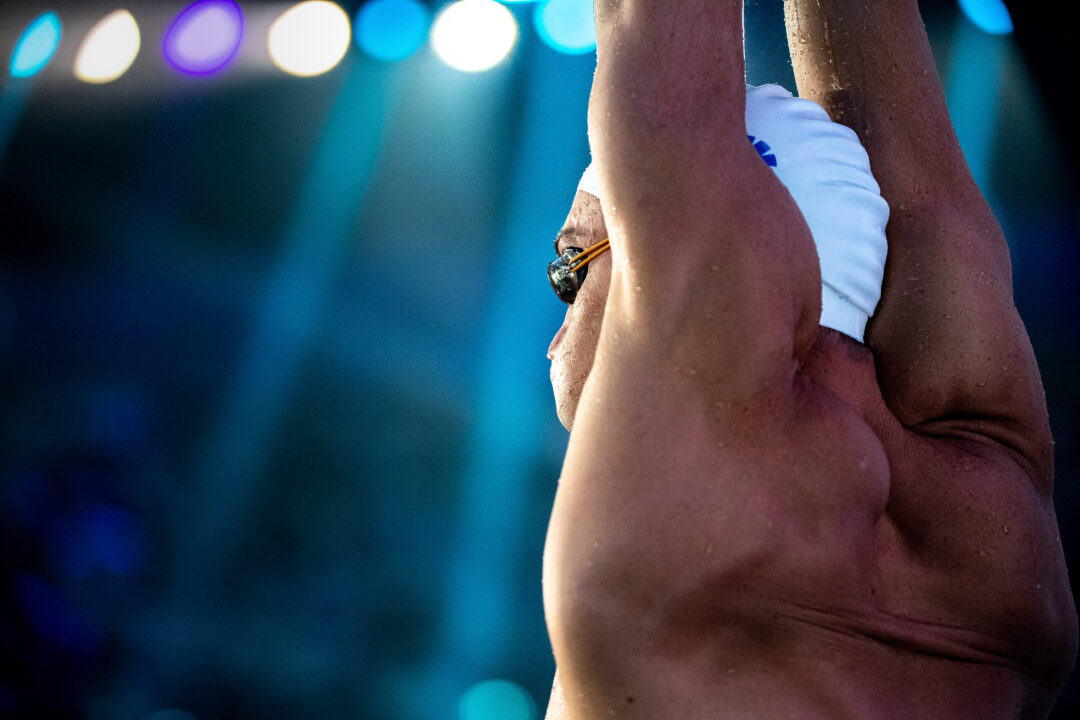 Italian breaststroker Fabio Scozzoli will undergo minor surgery on his knee after this week’s European Championships conclude, and is still undecided about whether he will race forward to the Paris 2024 Olympic Games.

The 34-year old Scozzoli told SwimSwam Italia editor Giusy Cisale this week in Rome that he is planning to have surgery on one of his knees. He did not disclose the nature of the surgery, but said it was a “little thing.”

While he said that this meet would not be his last competition, he is not certain about whether he will continue racing for Paris.

“If one is willing, age is just a number. I’ve never gone so hard in the morning and I’m experimenting with other things besides swimming. I’ve been a coach and athletic trainer this season.”

Scozzoli married fellow elite swimmer Martina Carraro in May. He says that the two still have to go on their honeymoon, and that this is what he would be primarily thinking about after this week’s racing concludes.

Italy went 1-2-3-4 in the preliminary rounds of the men’s 50 breaststroke. Scozzoli was 3rd in that pecking order in 26.89, a time that ranks him top 10 in the world this year, but because only two swimmers per country are allowed to advance to the semi-finals, he was eliminated from competition there.

“I am at peace with myself because I made the season best. I knew about the rule and I knew I could be the one to get left out, but I’m happy to have done all that I have.”

Scozzoli’s best event is the 50 breaststroke, which is not an Olympic event. In the Olympic 100 meter distance, his best time since 2019 was 1:00.31 from August 2020, which is unlikely to qualify out of a deep Italian breaststroke group in 2024. His personal best of 59.05 was done at the 2019 FINA Champions Series at 31 years old: an age when most swimmers are already past their best times.

Braden my man, I searched through articles to find one you wrote because I know you respond on some of them. I have a great idea for an article, you can take all the credit too, I was thinking about it and I have my picks for 5 best pools in the country but no one’s written an article about their picks. I’m curious to know what you think the 10 nicest pools in the country are. Btw mine are mission viejo, Irvine, Iowa, wisco, A&M

that’s been an article already

9 years ago dork. We need it updated

He could try and aim for the 50m at next year’s World’s, but with each nation only able to send 2 athletes per event, he could have a big battle at the Italian trials vs Cerasuolo