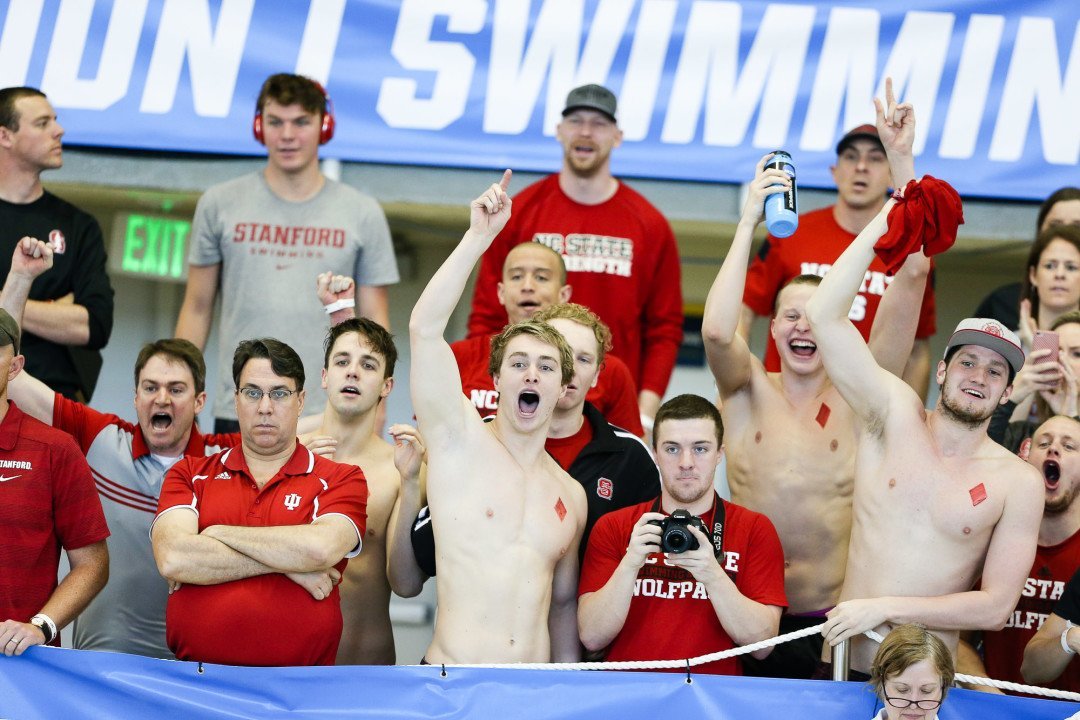 “I want to announce that I committed to attend to the NC State university swimming and diving team in fall of 2017.”

Kiesler, who swims for Macabi Haifa, broke the Israeli record in the 400 SCM freestyle going 3:44.59 in front of the home crowd during the 2015 European Short Course Swimming Championships at the Wingate Institute in Netanya. After the race he told the Jerusalem Times, “I expected to break the record. I thought I was capable of reaching the final but I’m pleased with what I achieved. This is my first major championship and it felt a little different from the competitions I usually compete in. But swimming is swimming and I focused on myself.” Kiesler swept the Israeli SCM distance free records at that meet. In addition to the 400, he broke the 800 (7:57.40) and 1500 (14:57.56) as well.

The Wolfpack, best known as a sprint powerhouse, is extending the range of their freestyle prowess with additions like Kiesler and Knowles.

And so it begins…. (or continues really)

NC State and Indiana are on fire!