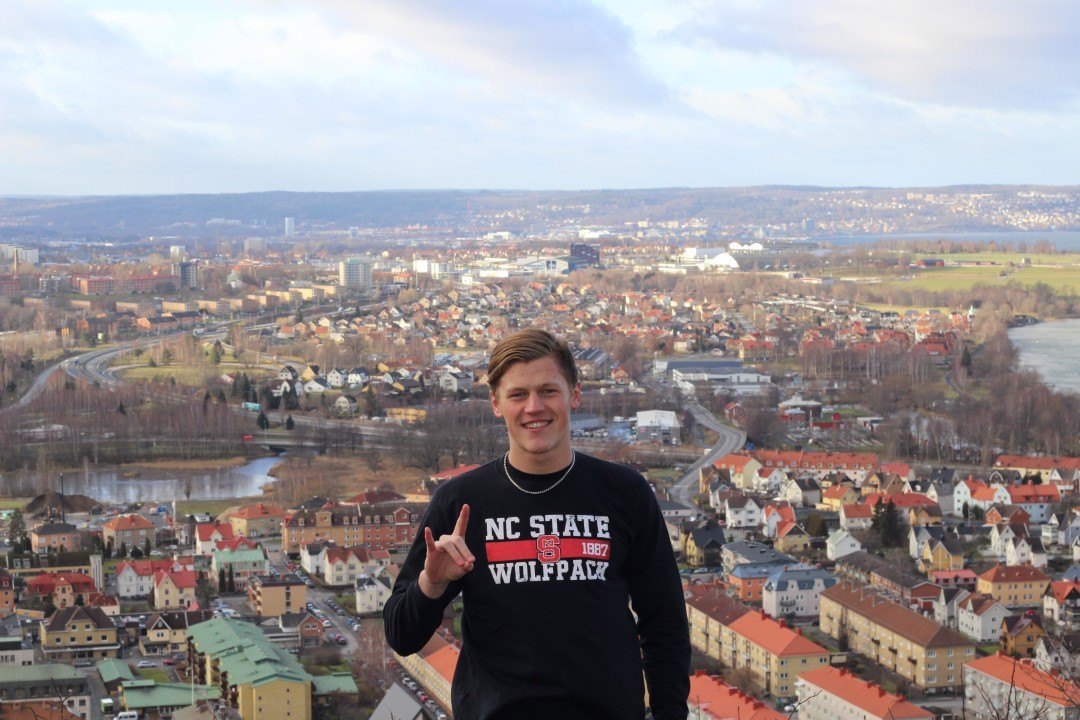 The North Carolina State Wolfpack has already started to add to its 2017 freshman class, getting a verbal commitment from Swedish national Daniel Forndal. Current photo via Daniel Forndal

The North Carolina State Wolfpack has already started to add to its 2017 freshman class, getting a verbal commitment from Swedish national Daniel Forndal.

Forndal, currently 18, is a member of the Swedish Junior National Team, and competed at last summer’s World Junior Championships in Singapore. Forndal was also a semifinalist at the European Games last summer.

Forndal tells SwimSwam he’ll begin with the Wolfpack in the fall of 2017, meaning he kicks off the next recruiting cycle for NC State, with the recruiting of his peers really ramping up this coming summer.

NC State has certainly become known for its freestyle prowess, and Forndal should fit right in with that group as he develops. Those 100 free times roughly convert to 44.1s in short course yards, and the 200 free relay splits are somewhere in the realms of 1:36 (the long course split converts to 1:37.4 and the short course split to 1:35.4, per our Speedo Time Converter).

Those times would have put him in scoring range at last year’s ACC Championships, in the C final of the 100 and right around the B final of the 200 (when adjusting his relay split times for an individual, flat-start swim). Forndal obviously has about a year and a half to further improve those times before he’ll officially join NC State’s roster as well.

The Wolfpack won its first men’s ACC title in more than 20 years last winter, and will look to defend that title later this month. But they’ll graduate a large portion of their top relay swimmers in the next two years – Simonas Bilis this year and Soren Dahl, Joe Bonk and Andreas Schiellerup next year – making Forndal a valuable asset to join young freestylers Ryan Held and Justin Ress in 2017.

Wow…. That was quick. As a Tar Heel fan, it is hard to read this. I still need to recover from a butt whooping meet… But kuddos to the Pack! And as an ACC fan, it would be very cool to see Hoffer swim at the ACC

How is NC State able to afford all of these studs coming in??

Many swim for very little, sometimes only for books at Cal. Once you have an established, very well respected program with the best coaching, the swimmers come to you. Cal is a very difficult school to get into; that’s the best perk of all.