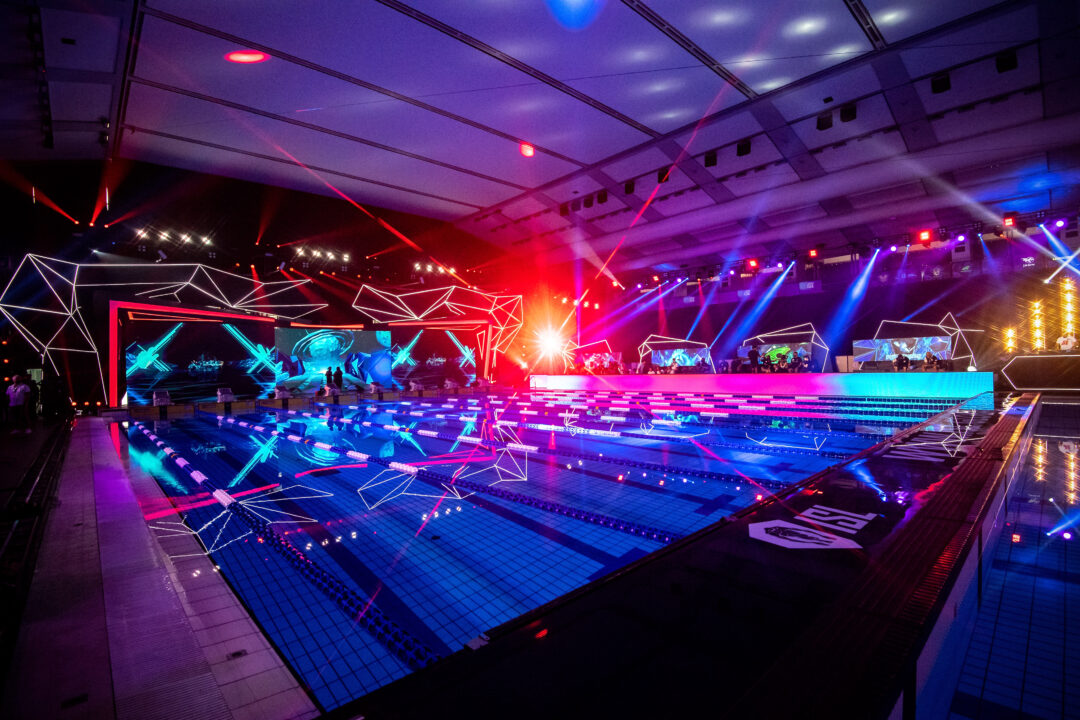 In a test of the athletes' association, initially organized and funded by league management, athletes are expressing growing discontent over non-payments. Stock photo via ISL

The Sydney Morning Herald reported overnight that International Swimming League teams and athletes are mulling a boycott of the league’s upcoming playoff round that is set to begin on November 11 in Eindhoven, Netherlands. At issue is the lack of payment for athletes, staff, and contractors.

Rob Woodhouse, the general manager of the London Roar team that includes the lion’s share of Australians in the league, expressed his frustration to the SMH.

“It’s not good enough. I’m really hoping all athletes are paid in full from last season before the playoffs commence on November 11,” Woodhouse said.

While some swimmers have told SwimSwam that they were paid in full for the 2021 season, others have said that they have been continually promised timelines for full payments that weren’t met. Others couldn’t even figure out if they had been paid in full, because of the chaotic and disorganized nature of the payments that have repeatedly failed to adhere to provided schedules.

One non-athlete league source said that their payments for this season have been on time, and in advance, but others have said that they have not been paid.

Many of the league’s athletes are currently competing at the World Cup, organized by league-rival FINA, where payments have been quick and consistent.

This is the latest in a long run of accusations of non-payment by the league (see here, here, and here). To this point, the league has brushed aside these complaints and replaced the individuals or contractors who have lodged them the following season.

While it’s not clear if this is a formal athletes’ association action, the non-payments have been a hot topic in the athletes’ association WhatsApp group, though none wished to speak publicly on the topic. This growing discontentment does highlight the inevitable awkwardness of a conflict between talent and management when management has funded and organized the talent’s union.

The league’s management holds and appoints at least 4 out of 10 seats on the athletes’ association’s board of directors.

The Sydney Morning Herald article brought up vague claims of certain teams or athletes mulling a boycott, and athletes that SwimSwam spoke with on Saturday were similarly vague. None wanted to formally declare discussions of a boycott, but none totally dispelled that possibility either.

American Beata Nelson leads all swimmers with $64,150 earned so far in the ISL 2021 season.

Hope they sort things out, everyone gets paid and the business improves.

I must say though, as someone that loves swimming and is a swimmer, and leaves a nice online trail through watching videos and swim gear related purchases/searches, I’ve not seen any ISL marketing appearing on any of my usual social media accounts, nothing. You’d expect that their strategy had this figured out.

Also, I haven’t seen any news on mainstream media about the recent ISL seasons, despite the fact that WRs are broken! Makes no sense from a commercial point of view. It almost looks like they’re under the radar. How are they monetising this with such poor reach/strategy?

We definitely know whoever is in charge of the streaming feed hasn’t been paid.

This is one of the reasons my daughter decided not to swim ISL! Very shady league!

Was the other reason “because she’s not very fast and wouldn’t have made very much money so she got a job instead”?

Asking for a friend.

Could be that Ann’s daughter is a very fast swimmer, could be that She Prefers to have Assurances?

So ironic, I remember how they used to accuse FINA for monopolisation. And the slogan of ISL was to pay athletes well even after retirement so on and so on.

Seems like the Australian Swimming League is in trouble before it even gets off the ground: https://www.smh.com.au/sport/dodgy-association-may-sink-australian-swimming-league-20211021-p591wm.html

At least FINA are consistent on paying which is something ISL can’t claim for all their athletes and FINA have began to give out more prize money which shows they may at least be attempting to win the athletes back and treat them better, hopefully it stays that way.

I thought the point of ISL was to spread the sport and minimise the greed however that changed this season when the availability to watch the league became highly over priced. How does the ISL expect the league and sport to grow with how much they want to charge people to watch it? O get they’ve got to make money but they can’t do that without athlete support or viewership support. No new people are going to be interested if the league if it is not easily accessible.

I made the mistake of buying the season as well which I regret. In Australia the price was advertised at $46 it did not specify USD at the time I pitched so… Read more »

Apparently it costs more to stream to Australians 🙄 The Australia Tax strikes again.

Would have been nice for them to tell their viewers about how pricing works. ISL’s communication has been real poor this season

Their communication has gotten worse each season.

Can you watch the matches on demand as many times as you want?
Can you view all the angles/cameras?
How many lanes is the under water camera view showing turns and strokes for?