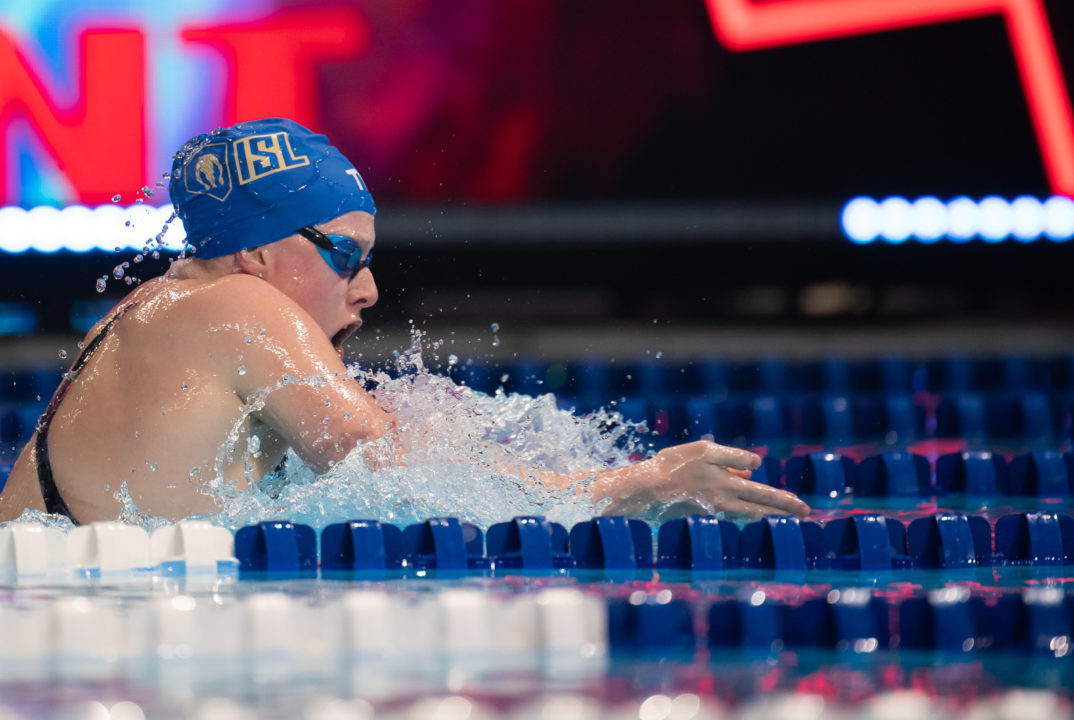 Thanks to SwimSwam’s Barry Revzin for compiling this season’s jackpot data.

The 2020 ISL season has wrapped, and we’re taking a deeper dive into the season’s major rule change – jackpot margins.

As a reminder, jackpot margins are times set for each event. If the winner beats any or all of the other seven swimmers by that margin, the winner steals the points of the other swimmer(s). You can read more about the system and see the time margins here.

The league champion Cali Condors were by far the most aided by jackpots. Their top-end talent across the board in women’s events – and in Caeleb Dressel‘s events on the men’s side – provided the opportunity for almost 400 jackpot points. Meanwhile the Condors lost only 111 to jackpot.

Of the four finalist teams, the LA Current were the only ones not ranked in the top three league-wide for net jackpot points. LA lost almost as many points as they gained to jackpot over the season.

The order very nearly mirrors the ultimate season standings. The two teams most hurt by jackpots were the two teams missing the postseason. The next two lowest were the bottom finishers in each semifinal. LA finishing behind Iron and Tokyo here is really the only anomaly.

Here’s a look at how many point each individual swimmer stole or had stolen from them. Only three swimmers had triple-digit stolen points.

It’s also worth noting that the swimmers at the bottom of this list didn’t necessarily perform poorly. Many were called upon to fill out a lineup in an off-event, as teams were ultimately better off swimming someone with almost 100% certainty of getting jackpotted (and ending up with zero points) than taking a penalty for leaving a lane open or missing a cutoff time and losing points.

Here’s a breakdown by event. The first column shows how often a jackpot occurred in that event.

One really notable standout piece here: in six different events, we saw a jackpot every single time the event was swum across all 13 ISL meets. That suggests that either the league was relatively shallow in that event, or there were enough top-end standouts to have a jackpot candidate in every meet.

The third column tracks how often we saw a jackpot of at least 10 points. In an individual event, that would mean jackpotting at least half the field (the bottom four or more). In a relay, that would require jackpotting the bottom three.

The last two colums track the total points stolen across the season in that event, and then the average number of points jackpotted per time the event was swum. (Swims where no one hit a jackpot margin would count as zeroes in that average).

Whilst I’ve not done the full maths, I presume LA finished 6th in the net jackpot ranking because they had the “misfortune” to swim the final and therefore lose more points!

It’s a great summary.
I would also read an article with pleasure about the events according to most different winners during the meets.
And an other about why Mireia Belmonte missed this season – but perhaps I avoided the info accidentally.