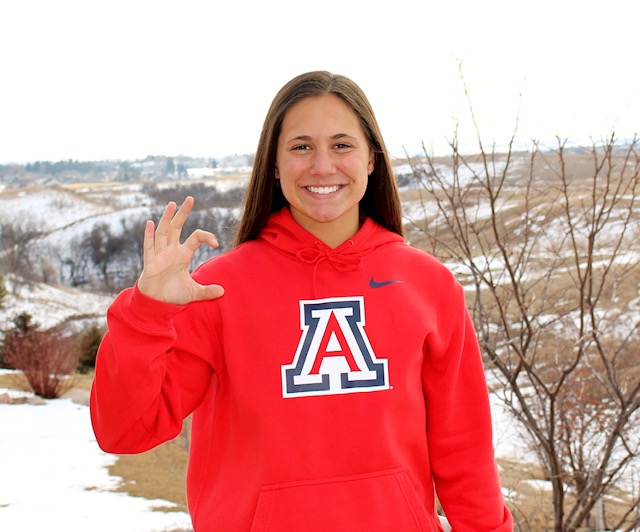 Century High School won its sixth straight girl’s state title. They were helped to their title by the fact that they won eight of the twelve events contested at the meet.

The first individual event of the day, the 200 free, went to Sarah Dorrheim. The junior at Century led the field by almost three seconds, finishing in 1:53.49. Finishing as the runner-up for the second straight year was West Fargo Sheyenne’s Greta Bellas in 1:56.26.

Bellas later returned to capture the state title in the 500 free. The junior finished with a time of 5:13.21.

The 200 IM went to Erin Palmer of Bismarck Century in a time of 2:05.89. She beat out the defending champion in the event, Williston’s Melissa Branham. Branham finished second in 2:10.95. Later in the meet, Palmer added a second win in the 100 breast, leading the field by over four seconds. She finished with a time of 1:02.95.

Also adding two individual event wins on the day for Bismarck Century was senior Lexi Duchsherer. In her first individual race, the 50 free, she reset the state record, finishing in 22.54. The previous record was set by Duchsherer at last year’s state meet. She later defended her title in the 100 free, winning in 50.26. Duchsherer is committed to join the University of Arizona next fall.

The state title on the diving board was won by a junior at Fargo Davies, Madison Hischer. She won the event by almost 50 points, scoring a total of 479.95.

The second individual state record of the meet fell in the 100 fly. West Fargo Sheyenne’s Tierney Howell, only a sophomore, finished in a time of 55.44. Her time bested the previous state record, set by Dagny Knutson in 2006, by .16.

The 100 backstroke went to West Fargo’s Liv Hettinger. Hettinger finished in a time of 57.18. This is the second straight year in which she has claimed the top spot in the event.

If a record gets broken I always wonder by how much. It’s not in the article as of now.