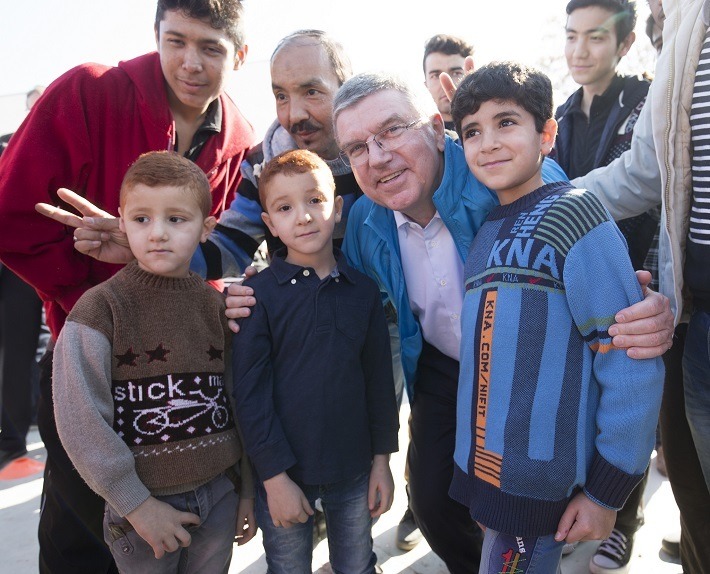 Last month, the IOC announced that they would establish a team specifically for refugee athletes who have no country to represent at the 2016 Olympic Games in Rio de Janeiro. Up to ten athletes will be chosen by the IOC for the team based on their ability to achieve sport specific standards and UN refugee status. Thomas Bach, IOC President, explains the decision to create a refugee team, “By welcoming the team of Refugee Olympic Athletes to the Rio 2016 Olympic Games, we want to send a message of hope for all refugees in our world.”

Brazil will encourage locals to cheer on the refugee team in an effort to welcome them to the Olympics in the spirit of the competition. “This initiative shows the power of sport to help make the world a better place,” explains Mario Cilenti, the Rio 2016 Olympic Village organizer in a recent press release. Many in the IOC are hoping that the presence of refugee athletes at the games will encourage the spirit of peace and cooperation worldwide, in addition to an end of the crises that have led these athletes to flee their homeland.

Athletes for the IOC refugee team will be supported by a complete staff at the games, including coaches and technical officials, to ensure their ability to compete at the highest level. Like other countries, the refugee team will be receiving its own welcoming ceremony and will march in the opening ceremonies under the Olympic flag. They will also be provided uniforms, insurance, and travel expenses will be covered. Additionally, the IOC is providing $2 million in funding for athletic programs to train athletes who have been identified for the Olympic refugee team and refugee camps in Greece are building facilities to assist in their training. The goal of this initiative is to welcome all elite athlete to compete in the games, not just those representing a national flag.

I think this is a great initiative, but in all honesty, isn’t this a little late? I hope the IOC has already been helping these athletes in their training preparation and the announcement was just a matter of formality after the fact.