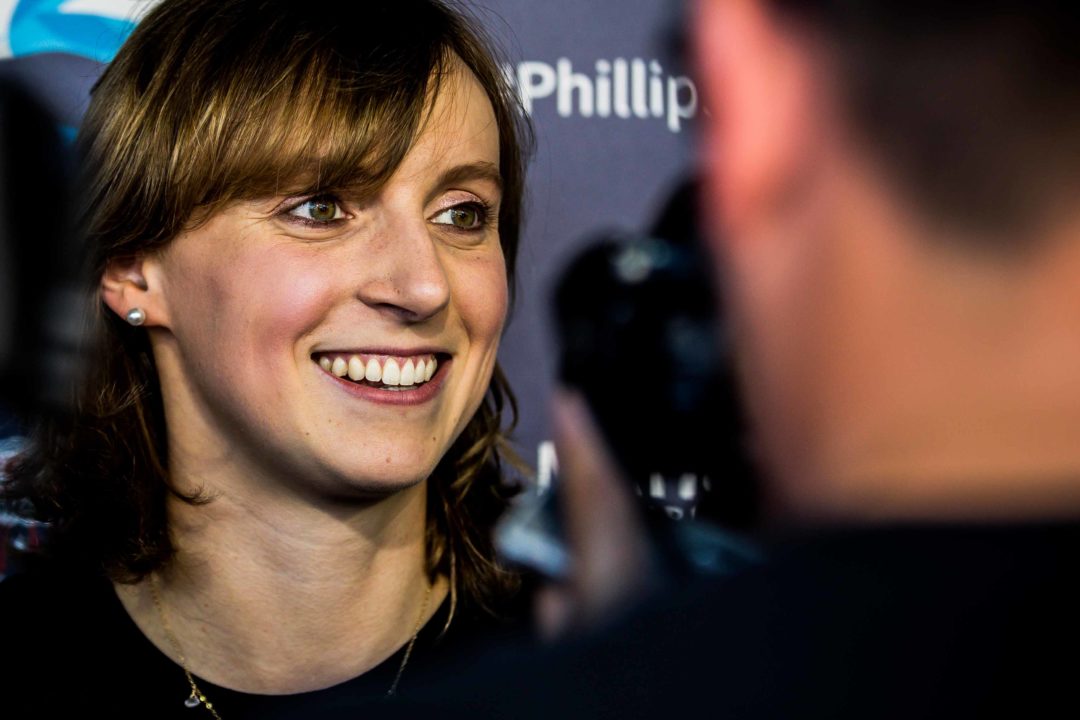 Katie Ledecky (above) in her first racing since the World Championships will be one of the headliners of this weekend's ISL opener in Indianapolis. Archive photo via Jack Spitser/Spitser Photography

The International Swimming League and ESPN have reached a United States rights agreement, the ISL announced Friday, just a day before the league’s scheduled start on Saturday.

ESPN will provide live and delayed streaming coverage of the inaugural season on ESPN3, which is accessed through the ESPN app.

“We are very happy to work with ESPN to ensure that U.S. swim fans will be able to watch the first season of the International Swimming League,” ISL President Konstantin Grigorishin said. “The U.S. audience is vitally important for us as we look to grow our revolutionary new league, and we are delighted that millions of sports fans in the U.S. will be able to access their favourite stars compete against other elite swimmers in the world.”

ESPN holds the rights to the NCAA Championship meets in the United States, though NBC (major rival network to ESPN‘s parent company ABC/Disney) owns the rights to most international swimming. ESPN3 also streamed the Pan American Games this summer, which included swimming.

ESPN3 is accessible to fans who “receive their high-speed internet connection or video subscription from an affiliated service provider.” ESPN3 is also available to U.S. college students and U.S.-based military personnel via on-campus educational and on-base military broadband networks.

For fans in Europe and the Asia-Pacific, the league had an exclusive, two-year broadcast deal with Eurosport. CBC Sports will air meets for Canadian viewers.

The meet dates and locations are as follows:

Great to hear its on ESPN3. However, this has been a terrible rollout. Announcing the day before is bush league marketing ISL!

……..keep in-mind that ISL spent much of their launch time fighting for the right to run their series. I think they would’ve gotten all of the global tv distribution done sooner if they had not had to spent so much time dealing with that.

The article says it starts at 2 pm but on espn3, it says their coverage starts at 3 pm? So is it delayed, live or what? Thanks

Will try to find out. The meet definitely starts at 2PM Eastern, and I see the same 3PM as you.

My ESPN App says 2pm so it may be a timezone thing. I cannot wait for the ISL!

I believe they’ve corrected it.