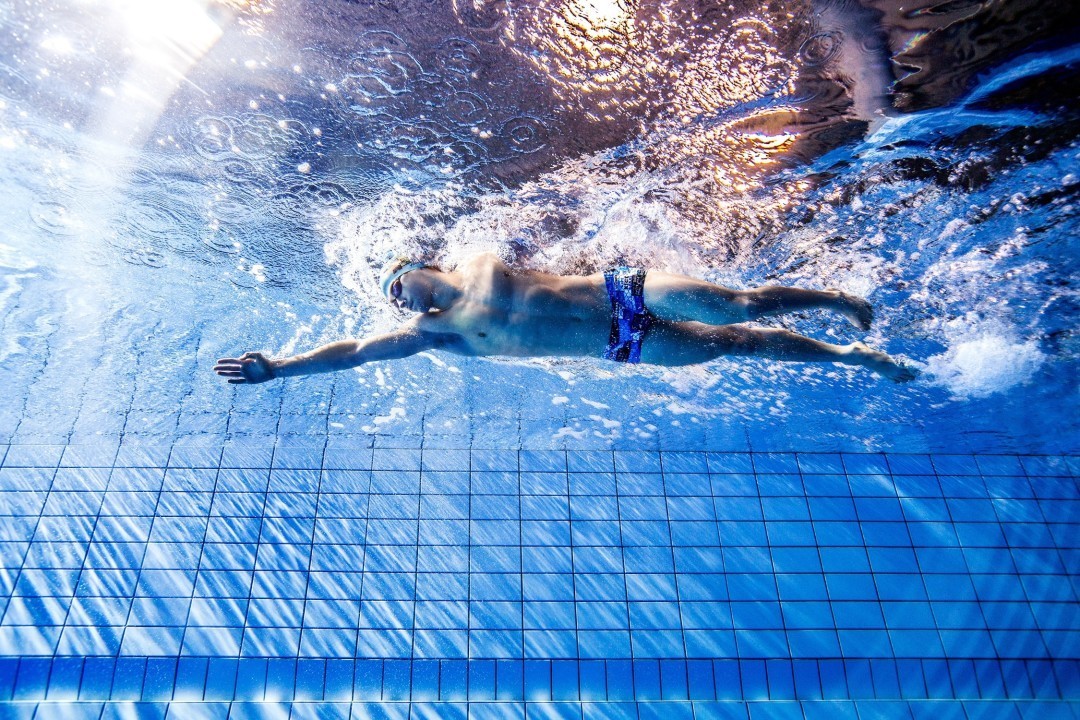 After two weeks away from competition, the No. 19 Hoosiers are eager for a return to the pool. They head to Boston for the Harvard Invitational, their second east coast tournament and second hosted by a CWPA opponent. Stock photo via Funky Trunks

BLOOMINGTON, Ind. – After two weeks away from competition, the No. 19 Hoosiers are eager for a return to the pool. They head to Boston for the Harvard Invitational, their second east coast tournament and second hosted by a CWPA opponent.

On Saturday, Indiana will open with the first game of the invitational against Iona, followed by a rematch against No. 20 Wagner. On Sunday, the Hoosiers will play their last non-conference game on the east coast, a showdown against the Siena Saints. Indiana is a perfect 19-0 all-time against this weekend’s opposition.

Beginning Their Second Act
The Indiana Hoosiers are now one-third of the way through their 19th season as a varsity program, all under the tutelage of head coach Barry King. Their season rolls on with a stop in Boston for the Harvard Invitational

Resilience at the Triton Invitational
Indiana’s most recent outing, the Triton Invitational at UC San Diego, resulted in three more wins on their way to an eighth-place finish. They dropped their opening round matchup against the hosts, No. 19 UC San Diego, but returned later in the day for a 7-4 win over Santa Clara. The Hoosiers ended the tournament with a pair of come-from-behind wins against No. 21 Marist and No. 18 San Diego State.

Kelly Matthews led the Hoosiers in points with nine goals and six assists, followed by Sarah Young with six goals and four assists. Young, a San Diego native, put on a show in the Hoosiers’ game against Marist with a back-to-back-to-back hat trick to give IU their first lead in the third quarter.

Gauging the Gaels
Indiana begins their trek through the Harvard Invitational with a morning game against Iona. The Gaels have two wins on the season, over Cal Lutheran and Brown, but they are battle-tested. Iona have faced three ranked opponents this year, including No. 20 Princeton and No. 16 Harvard, two contenders for the CWPA crown.

Welcome Back, Wagner
Indiana and Wagner are set to take the pool for the second time this season on Saturday afternoon. The Seahawks gave the Hoosiers a phenomenal game at the Bruno Classic, with IU earning the 11-8 win. Since then, the Seahawks have piled on wins over the likes of Bucknell, Brown, and Princeton. Their only losses since the last meeting have come from No. 1` Hartwick and No. 16 Harvard.

Sunday with the Saints
The Hoosiers close their weekend with afternoon action against Siena. The Saints return to play after a tough 0-4 outing at the Cal Lutheran Invite, and their game against Indiana will be one of their final out-of-conference contests before opening their MAAC season.

Of Note…
• 2015 CWPA Rookie of the Year Kelly Matthews is back for her sophomore season with the Hoosiers. She’s off to a high-scoring start with a team-leading 30 goals (10th nationally).
• Senior goalkeeper Mary Campbell is amidst her second season starting in the cage for Indiana. She recently climbed to sixth on Indiana’s all-time saves list (490).
• Center Candyce Schroeder is IU’s top returning scorer in 2016. The senior has 120 career goals and 58 career assists to her name, and her presence in the pool has opened opportunities for her teammates in the early stages of the season.
• This weekend will be IU’s last out-of-conference east coast road trip of the season. They head west next weekend for the Aztec Invitational in San Diego, Calif.