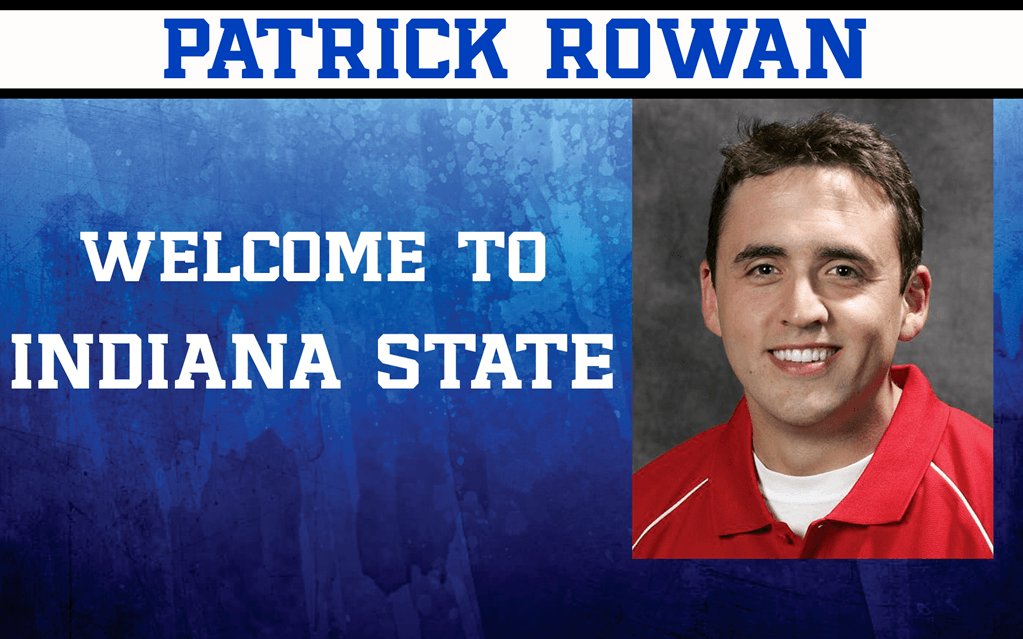 Rowan had served as the associate head coach at Nebraska since 2012. Archive photo via Indiana State Athletics

Indiana State has hired Patrick Rowan as its new head coach. He was previously employed as the associate head coach for Nebraska, where he’d worked since 2012. Rowan replaces former head coach Matt Leach, who recently was announced as the head coach of Pac-12 team Washington State.

Rowan becomes the second head coach in the history of Indiana State as the women’s-only team enters its 3rd season of existence. Nebraska also only sponsored women’s swimming & diving.

Rowan’s most recent stint at Nebraska as associate head coach was his 2nd. Prior to 2012, he spent 5 years as an assistant at Missouri, and prior to that he spent 7 years as the head coach at Nebraska Aquatics, where he also volunteered with the Cornhuskers.

At Nebraska, Rowan primarily coached the freestyle, sprint, and breaststroke groups, in addition to handling many administrative duties.

“I am of course sad that we will no longer have Pat to contribute his knowledge and passion to the Husker program, but I am so excited and proud that he will be moving on to become Indiana State’s next head coach,” Nebraska head coach Pablo Morales said. “Pat had specific areas of responsibility but contributed to all phases of our program. With his background and successful track record in coaching, he is more than ready for this exciting new challenge. He will be outstanding leading a program. I fully expect continued growth with the Sycamore swim and dive program and anticipate seeing great things in the very new future.”

Rowan swam collegiately at Eastern Michigan from 1996-2000: a program that was recently cut. He graduated from there with a degree in psychology, and went on to earn a masters in sports psychology from Missouri in 2009.

Indiana State finished 4th at the 2018 Missouri Valley Championships, where Leach was named Coach of the Year. The team set school records in all 19 swimming events, including the 1000 free split en route to the 1650 final time friom Vivian Kritikou, at that meet. Among those record-breaking swimmers, the only one who won’t return next year is Jacquie Price, who broke the 100 fly (55.09) and 200 fly (2:00.63) records en route to All-MVC honors. We have been unable to identify why Price is leaving the program, but she has been removed from the team’s roster.

Tulane announced a hire on Monday, but I haven’t seen a peep on swimswam. Is that a Tulane PR issue or something else?

SwimSwam clearly has a rampant anti-Tulane bias. If there’s one thing I’ve learned in 6 years, it’s that.

I actually went to college with a number of Tulane swimmers. In that, when Tulane was shut down after Hurricane Katrina, the swim team spent the semester at Texas A&M, living in the study nooks of our dorms. I can’t imagine that was a great experience for them, but we all did our best to make them feel welcome.

Pat is a great coach and a better person. Good luck Pat!