If you swam and now suffer from Halux Valgus or Hammer Toe, read this Olympic Testimonial 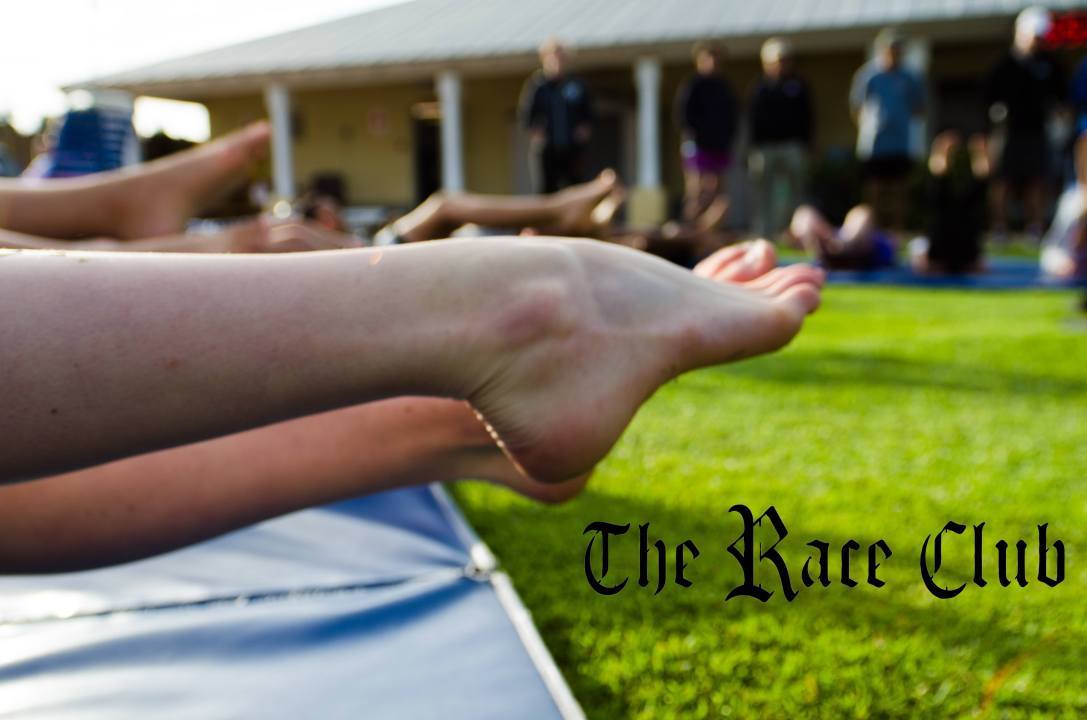 All of that plantar flexibility of the ankle you have worked so hard to develop to become a fast kicker, aside from avoiding some seriously sprained ankles while inadvertently stepping in a hole, probably does no good deed for you on land. In fact, the excessive pronation (flat feet) of the foot that is commonly found among swimmers, may ultimately lead to some serious foot issues. I should know, because I have them.

Two problems that may develop from hyper-pronation of the foot are halux valgus, which is a turning out of the big toe, and hammer toe, which is a contraction of the toes where the middle phalangeal joint begins to rise upward in an inverted V shape. Both problems often progress and make wearing shoes more challenging or painful.

Part of the cause of these two problems may be genetic and not necessarily related to swimming. Many non-swimmers develop the same issues. The looseness of the ankle and hyper-pronation of the foot may merely be contributors. Regardless, I began to develop both of these problems with my own feet years ago.

In 2010, after a hammer toe began developing on my right foot, I decided to go to the Cleveland Clinic in Florida and have it looked at. The Orthopedic surgeon was a fairly young specialist in foot and ankle surgery. I should have been suspicious when he stated “I hate operating on this problem”. Nonetheless, I went ahead with surgery to try to correct it.

One year (and $34,000) after a painful surgery (6 weeks on crutches), my toes were back to the same as before surgery. There was almost no change whatsoever in the condition. For the next few years, the condition seemed to be gradually worsening.

In Spring of 2014, I checked around more thoroughly and this time elected to go to a podiatrist in Miami who had an excellent reputation. Of course, he stated that the previous surgery had been done all wrong and that he would operate completely differently, breaking this bone and fusing that joint. It sounded even more gruesome than the first one, which had left a pin sticking out of my middle toe for a month. Believing that I had no other good option, I scheduled surgery for the fall, when I had more recovery time.

At the end of the summer, just two weeks before my surgery date, I visited my son, Gary Jr in Solvang, California. Gary Jr, was an extraordinarily fast kicker and was already beginning to develop the same toe problem as his father. Somehow, he had gotten the name of a Chinese foot specialist in Santa Barbara, a man named Harry Kim, who recommended orthotics. Within 6 months after wearing Harry’s orthotics, Gary’s toes and feet began improving. Before my pending surgery, Gary convinced me to go see Harry.

Harry at Happy Feet on State Street in Santa Barbara is not a doctor. He is not a podiatrist. He is a technician, and apparently a very good one. I was skeptical, as I had worn orthotics for at least 15 years with a continuous progression of the problem. I waited a long time to see Harry, sitting in his store. Three people were ahead of me waiting patiently to see him. He doesn’t take appointments. You just come in and wait for him. Don’t let anyone else there take care of you.

Each of the three people ahead of me told me Harry was a genius. Two of the people were physicans , like me. All were runners. Each told me of the miraculous cures of their problems with Harry’s orthotics. I was still skeptical.

Finally it was my turn. Harry had me stand on a German-engineered orthotic device that measures the weight bearing force of your feet while standing. From the printout, Harry then proceeded to describe why my foot was causing problems for my toes. Among the hundreds of orthotics hanging on the wall behind him, Harry picked out three and had me walk with all three of them to try them out, before deciding on one. I told him I was scheduled for foot surgery the following week.

“In foot surgery” Harry said, “only one person win…the surgeon”. I forgot to mention to Harry that I had been a surgeon. “Give 6 months…then decide”, he continued. “And walk like Chinese soldier”. He began walking heal to toe, pushing his arms backward with each stride.

It took about a minute and a half for me to make the decision to postpone my surgery. “What’s another 6 months if it doesn’t work?” I thought to myself. “It’s worth a try”.

So here I am 6 months later, wearing my new orthotics from Happy Feet every day, walking up and down the pool deck like a Chinese soldier. I even bought some of those strange Vibram five-fingered shoes to put them in, just to keep my toes separated.

I can now tell you that I will not be having any foot surgery soon. The problem is nearly resolved. My hammer toe is getting smaller every month. My feet are happy and I am happy. It might have been the best $100 I ever spent. Thank you Harry. Thank you Gary Jr.

If you are having foot or toe problems, go see Harry.

If you’re wondering what Gary Hall Jr. is up to, check out his website here: http://gary-hall-qtpv.squarespace.com/

Sign up for the next Race Club Camp is April 3-10th, 2015 in Islamorada. http://www.theraceclub.com/swim-camps/

I would like to see some actual date that show there is a higher incidence of foot deformity from swimming. Compared to running and other land sports, swimming is still very low impact. I have not met any former swimmer with serious foot problems. I tend to think your problem is more hereditary than from swimming.

I doubt that study has been done, though you may be right. I do know several swimmers with similar problems, but also know runners with the same. Either way, it is nice to know that there is a solution besides a rather painful and invasive surgical correction.

For people with hallux valgus in Thailand,

I make the same Orthotics here in Pattaya – Thailand –

I’d like to add that my son (only 11) is an incredible kicker, but is also appearing to have early symptoms of “turning out of the big toe” as well as other pronation related issues (uneven wear in shoes, easily sprained ankles, etc.). I’ll be visiting Harry in SB, thanks for the heads up!

In my case- I’ve reached a point where Im 26yo and super dependent on a cheap quality sweaty new balance 928 6e shoe (they don’t make it anymore). I’m unable to walk pain free barefoot (except on soft sand).
Even if i could find better orthotics than those I have, It won’t change the structure of my bones + I’ll still have a problem of finding a deep toebox & wide enough shoe. Surgery is my only hope.
I had flat feet since I was 3 years old , when I was 14yo i noticed deformation and crossing of the big toe over the adjacent finger after Swimming (it uses the calves& arch muscles). most of my close family(father,grandparents,sisters).

If anything, swimming helped me not have any major issues for having flat feet. I have great ROM and never had low back pain (unless i didn’t work out for long periods of time). I also acquired a lot of awareness of how my legs were aligned because proper alignment will deliver efficient movement while kicking (which i have. I’ve always kicked very gracefully, fast and effortlessly once I figured out what worked). I think people just aren’t taught mindfulness in movement. I was a child when i learned how to swim and i did it A LOT. As an adult, my ROM is better than average and I’m highly aware of how my feet land during walking, running or… Read more »