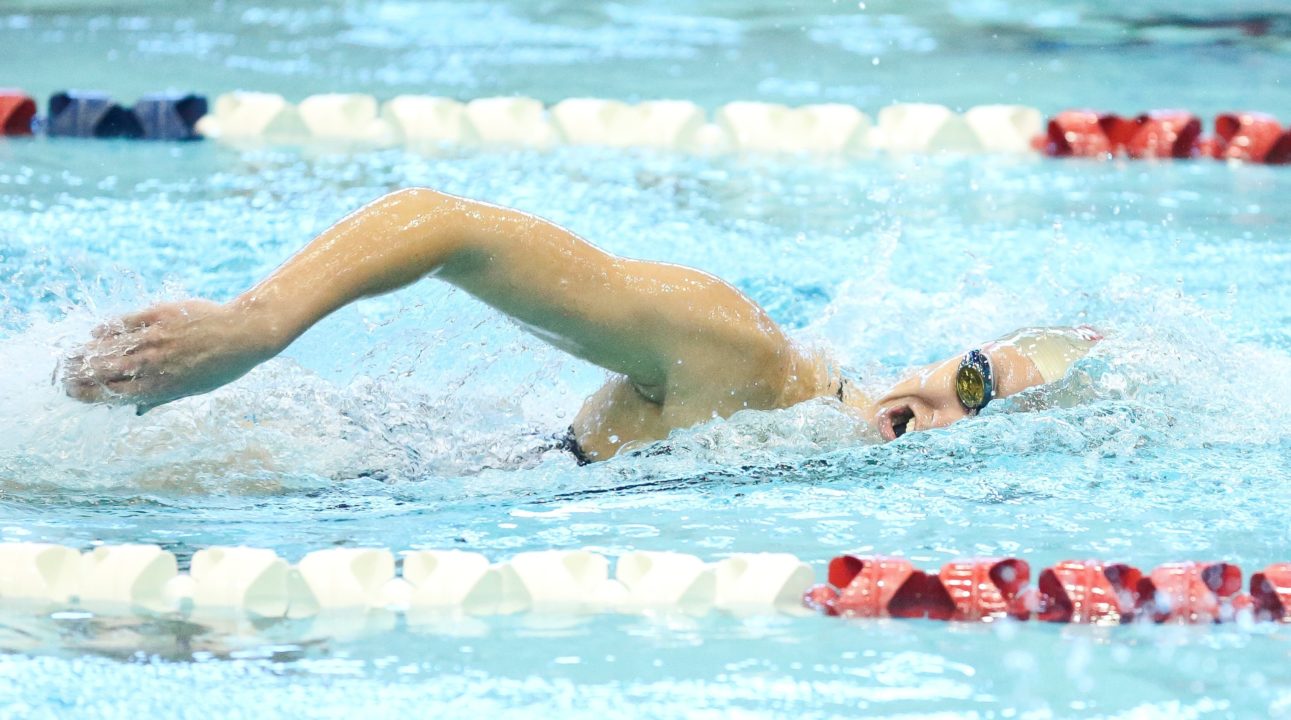 In his first official time competing in the 1650 free, Stanton broke the LSC record that was set by Matias Koski in 2009.

Houston continued to show that its program is building, breaking 4 more school records on the 3rd and final day of the Phill Hansel Invite. The Cougars also went on to win the meet by 400 points over 2nd place finisher, Rice.

New Mexico’s Adriana Palomino kicked off the last finals session by winning the 1650 with a time of 16:23.75, which is good for an NCAA B cut and was about a second off her personal best and team record. Houston Freshman Reese Lamph came in 2nd with a new best time of 16:30.62. Lamph missed the NCAA B cut by .03 seconds, but broke the Houston school record of 16:32.45.

In the 100 free, Houston swimmers Ksenia Yuskova and Zarena Brown went 1-2, while both girls also came in under the Houston team record of 49.90. Yuskova won the event with a 49.39, and Brown came in 2nd with a 49.59. Both girls achieved another NCAA B cut.

Rice’s Marie-Claire Schillinger continued to dominate the breaststroke events, winning the 200 breast with an NCAA B cut time of 2:10.84. That time was just a couple tenths of a second slower than her personal best and Rice’s team record. Houston took 2nd and 3rd, with Peyton Kondis touching in 2:12.01 to break the school record, and Aggeliki Mavrantza coming in 3rd with a 2:13.05. Both girls were well under the NCAA B cut of 2:15.99. Also coming in under the cut was 4th place finisher Kate McDonald (2:15.30), and 5th place finisher Maddie Ward (2:15.38).

Rice and Houston had a close race in the 400 free relay, where Rice was able to run down Houston to take first. The Rice team of Kate Nezelek, Jaecey Parham, Alicia Caldwell, and Lauren Rhodes came in with a time of 3:19.47, just shy of the Rice team record. Houston’s team of Mykenzie Leehy, Ksenia Yuskova, Zarena Brown, and Kate Horner touched second with a 3:19.52, mrking a new school record and the first time Houston has broken 3:20 in the 400 free relay.