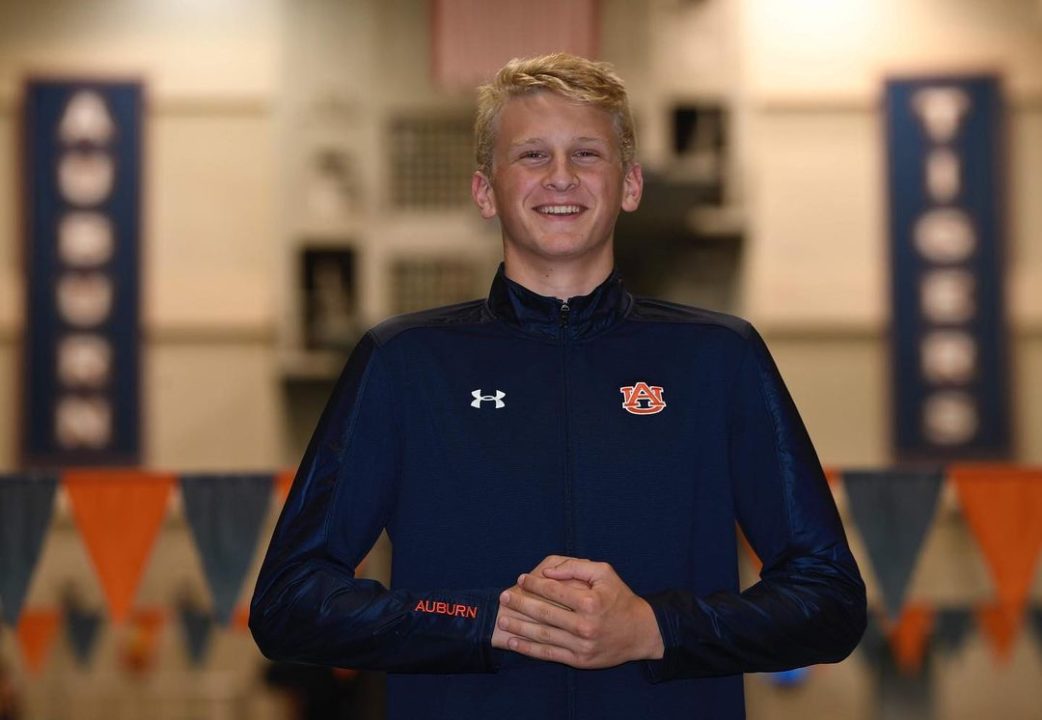 Dalton senior and Auburn commit Henry Bethel was a force today, helping Dalton to their second-place finish in the team standings.

Bethel kicked off his program with a win in the 200 IM, dominating the field with a monstrous 1:45.54. That time is his first performance under 1:46, and he clips Olympian Gunnar Bentz’s 200 IM Georgia state record of 1:45.55 by a hundredth. John’s Creek’s Andrew Simmons was second in a time of 1:48.51, just off a best. Simmons will join Bethel at Auburn this fall.

With Bethel’s 200 IM and 100 breast times today, he’s faster than any Auburn swimmer went in either event during the 2019-20 season and so far this season.

Centennial took the opening medley relay, going 1:33.44. They got a 24.71 breast leg from junior Justin Bender and a 21.60 fly leg from junior Sebastien Sergile, finishing just ahead of Johns Creek (1:33.74) who had a 22.97 lead-off from Simmons. Bender would go on to touch second behind Bethel in the 100 breast at 54.91. That was Bender’s first time under 56– to get a sense of how far Bender has come, before the pandemic, he’d never broken a minute.

Building off his 200 IM runner-up finish, Simmons gave Johns Creek a win in the 100 back, posting a 49.17. With his contributions, and their overall depth, Johns Creek was able to pull off the win despite huge performances from swimmers at Dalton and Centennial.

It was an honor to represent the Catamount for 4 years! Great way to go out! I love my team to death and wouldn’t wanna go out with any other group! I am so excited to continue my swimming career at AUBURN! Once a cat always a cat! Now I’ll just be a tiger! #daltondifference #vivaladalton #family

Great meet man! I’m excited to see what you’ll do at auburn. Also why are you guys on here downvoting a kid in Highschool? What’s wrong with y’all?