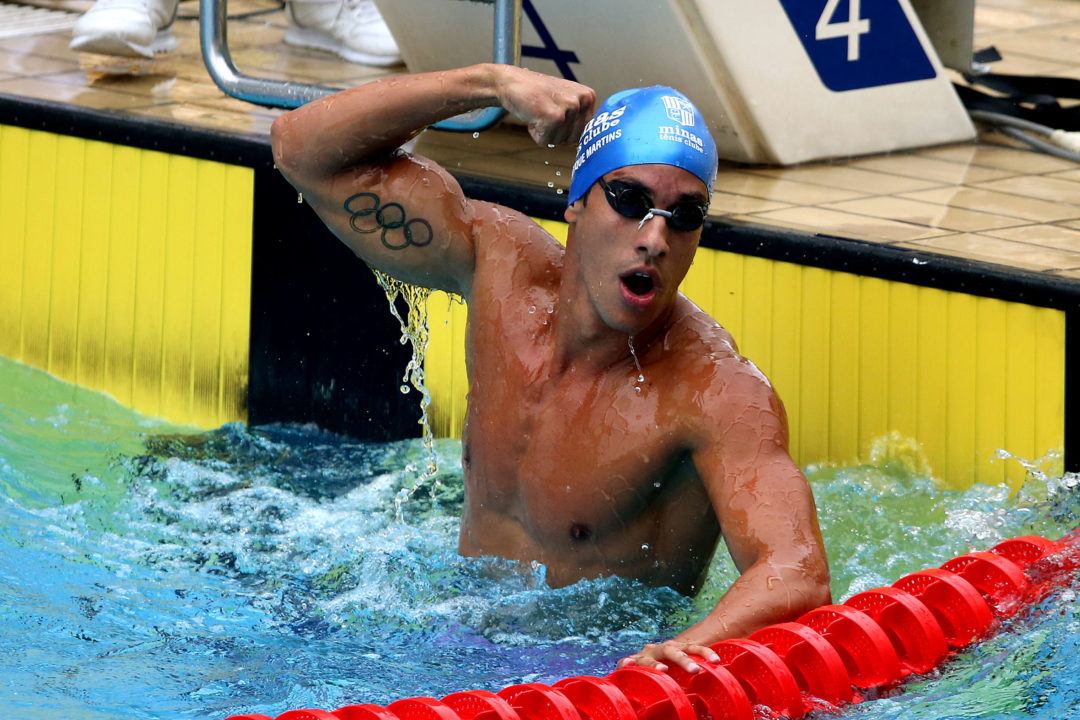 At the Torneio Sudeste meet in Belo Horizonte, about 250 miles north of Rio de Janeiro, Henrique Martins threw down another 51-second 100 fly. Martins split 24.82 on the way down in the first 50, then came home in 26.94 for a final time of 51.76. Though not his first time under 52 of late, a sub-52 in early summer is a promising sign for the Brazilian butterflier.

Martins has been Brazil’s best 100 butterflier thus far in the season (if he had never gone his 51.57 from Maria Lenk prelims, his 51.76 from the Belo Horizonte meet would still rank 5th in the world for 2017). No other Brazilian has broken 52 this season, nor do any rank in the top 10– the closest is 11th-ranked Vini Lanza at 52.02.

Nevertheless, Martins and Lanza are the fastest 100 butterfliers that Brazil has seen since 2009. The two fastest performers in Brazilian history are Gabriel Mangabeira (51.02) and Kaio Marcio (51.51), and both of those men clocked those times in 2009. Martins and Lanza currently come in at #3 and #4 on Brazil’s all-time performers list, and this summer Martins looks especially primed to zero in on that national record.

Brazil always has potential in the relays, then nothing….

Not Always, the only relay which had some potential in the last 2 years were the Free Relay… the Medley was a potential finalist (And it was a finalist) but not a potential medalists.. even now if is not.. the Bronze Change might be achieavable only if Zetao does not swim.. if he does no one can catch USA GBR and CHI