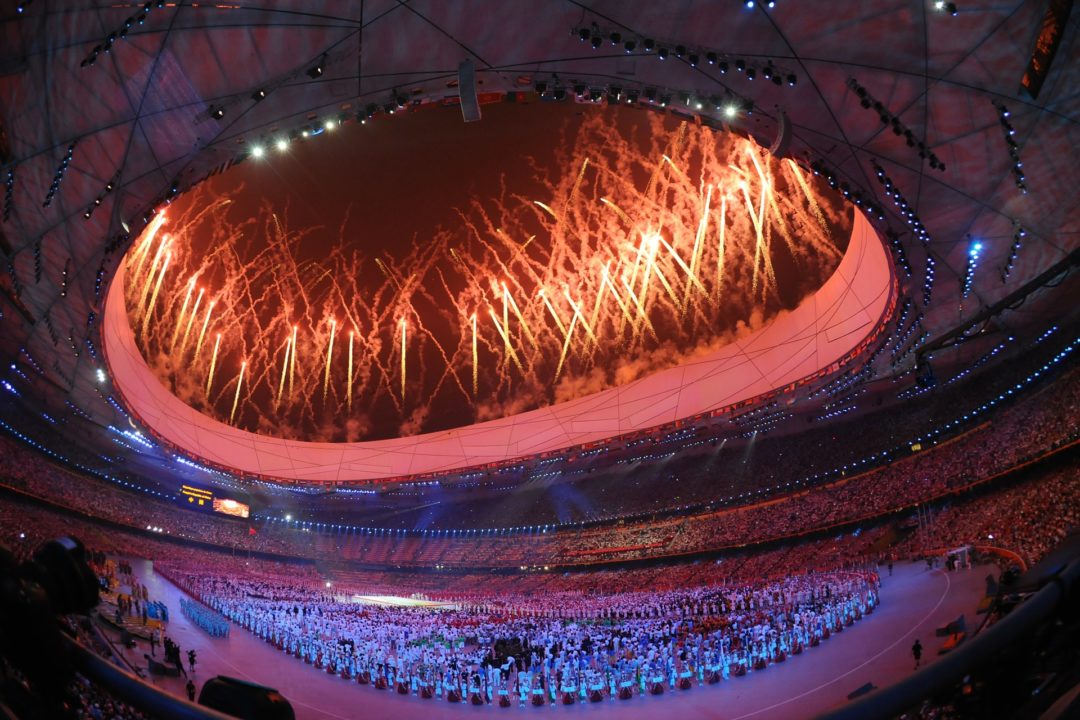 January 1st, 2020 isn’t then a refresh or a reset for swimming (or other Olympic athletes). It’s the end of a four-year cycle of work that leads to over 11,000 of the world’s athletes marching into the New National Stadium in Tokyo on July 24th.

If you’ve waited until January 1st to start new, to refresh, to make resolutions, and to do work, then you’re already too late.

The date, 2020, the cornerstone of major programs across the world because of its homophonous sound to universal ‘perfect vision,’ once seemed impossibly far into the future, but now its here.

On the way to Tokyo are Olympic Trials meets, training meets, workouts, and victories big-and-small. Even for those for whom Tokyo is a dream too far or too soon, the Olympic year takes on a special new meaning. Your friends will suddenly be talking about the sport we all love, swimming, and will be asking you who is going to replace Michael Phelps.

Even if Tokyo is not in your 2020 plans, use the Olympic year as your own special motivation. Between now and your next practice, figure out what your swimming dream is, and commit to reaching for it this year. When you don’t feel like getting up, when you decide that the water is too cold, when you decide that set is too long or the intervals are too short, rely on that dream to push you forward.

Every 2020 Olympian, every state champion, everyone who’s ever done anything of significance in this sport began with a dream, began with a single practice where they decided to push themselves to the physical brink.

And then we’ll see you all in Japan.

Happy New Year to all the SwimSwam team!
And thank you for everything you do for us, swim fans from all over the world.

And for those fortunate enough to make their country’s Olympic team, make sure you on your best behavior in Tokyo. No messing around stealing a $900 stone mask from a bar a la Troy Dalbey and Doug Gjersten at the Seoul Olys in 1988 (arrested and jailed), or goofing around at a gas station a la Lochte et al in Rio. Today I am celebrating businessman Carlos Ghosn’s daring escape from Tokyo several days ago. The Japanese mean business. Rule of Law, presumption of innocence, and Justice as we know it in Japan are virtually unknown. If you are arrested and charged, there is 99% chance you will be convicted. Justice in Japan is vindication their social values are correct… Read more »

For those with a long memory, Dawn Fraser did some fooling around at the last Olympics in Tokyo (allegedly stole a flag), and it ended her career with a long ban….

Wow..I just googled it. It sounds even more dramatic than Mission Impossible.