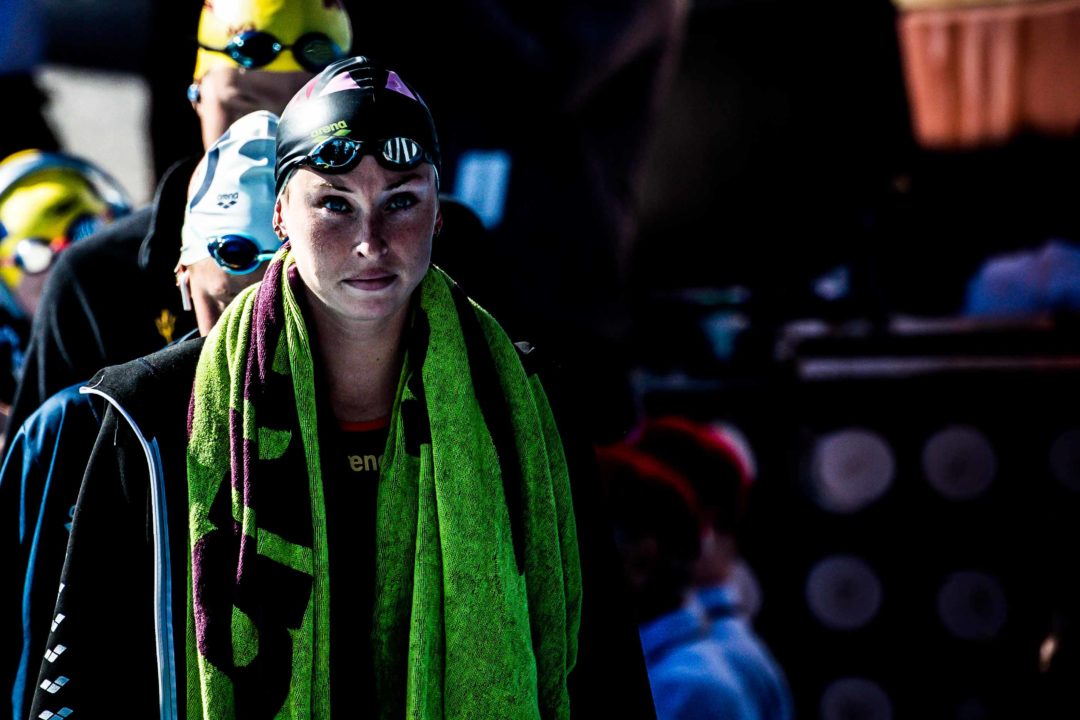 In a Q&A hosted by NBC Olympics on reddit, Olympian Haley Anderson addressed a question regarding open water conditions for the upcoming Tokyo Games.  Archive photo via Jack Spitser/Spitser Photography

“I work for a labor union. I was shaking my head at the past Olympics at the health conditions open-water swimmers had to risk simply in order to compete in the sport’s most prestigious event. Do you think part of the bid evaluation process should focus more on water quality standards? Should minimum standards for bacteria, etc. be stronger? Do you worry about the health risks? Is this a live topic of discussion among your fellow competitors?”

“It’s something that we have had to deal with in the past and are still dealing with now. For Tokyo our event is not only being compromised with water quality (e. coli) but also water temperature (84-86 F) Which is very unsafe. There is also no plan B venue, which in my opinion should be non negotiable. It’s something we have discussed among competitors but we also have spoken out and gone unheard so far. It’s hard to go into the Olympics being concerned for our safety because I am not confident in FINA (aquatic governing body) or the IOC (international olympic committee) to have the same concern for the athletes.”

Last August, athletes including three-time Olympic medalist Ous Mellouli voiced their concerns after participating in an Olympic open water test event in Odaiba Marine Park, Japan. “That was the warmest race I’ve ever done,” Mellouli said at the time. “It felt good for the first 2km then I got super overheated.” Japanese swimmer Yumi Kida added that the water was “a little stinky” and that clarity was poor.

In October, Anderson and fellow veteran and 2020 qualifier Ashley Twichell were set to represent the United States in the inaugural World Beach Games in Doha, but both the U.S. and Canada pulled out of the event due to anticipated high water temperatures.

The race went ahead with 28 women and 28 men competing, however, and officially reported water temperature was at 30.9 degrees Celsius, or 87.6 Fahrenheit. The water was just barely inside of FINA’s acceptable range for official competition: 16-31 Celsius, or 60.8-87.8 Fahrenheit. The race took place in the same body of water where Fran Crippen died during a 2010 FINA Marathon Swim Series while racing in hot conditions.

This is just ridiculous.

Bravo to Haley for speaking her truth. Our athletes deserve better.