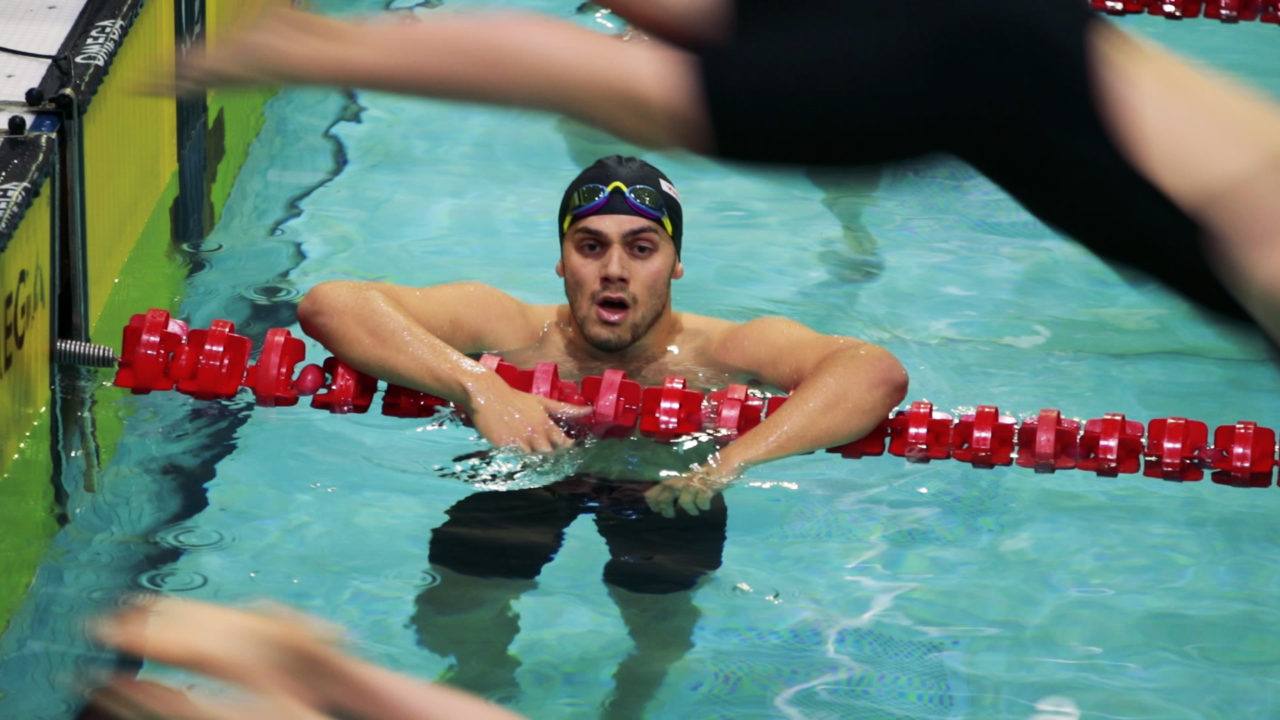 The annual Manchester International Swim Meet took place over the weekend, with both veterans and youngsters rising to the challenge.

World Champion James Guy notched a win, taking the men’s 200m free event in a time of 1:43.29. Guy’s lifetime best in this SCM format also represents the British National Record as 1:42.22 produced at a stop of the 2016 FINA World Cup.

Tonight, the next closest competitor was Perth City’s Stephen Milne who touched almost 5 seconds later in 1:48.25.

Ellesmere’s Charlie Hutchison raced his way to multiple wins for the men’s 17&U age group, starting with the 200m free. Clocking the only sub-1:51 outing of the field, Hutchison produced a mark of 1:49.79 to reap gold in his first individual event. This is Hutchison’s first time ever under the 1:50 threshold, with his previous PB represented by 1:50.68.

Hutchison followed up with a convincing 200m backstroke victory in a time of 1:57.08 for the younger set. That scorches his previous PB of 2:03.92 produced 3 years ago. Hutchison is creeping up on the British Junior Record of 1:56.70 held by Elliot Clogg.

The men’s 200m IM and 400m free also fell victim to Hutchison, with the Ellesmere College Titan registering respective efforts of 2:01.78 and 3:55.95. Hutchison owns the British Junior Record in the 2IM with a PB of 2:01.53, so he was very much within striking distance of that outing, falling only .25 short of matching the mark.

The British Junior Record holder in the LCM 100 breast, Kayla Van Der Merwe, impressed here, punching the clock in a time of 2:23.62 to win the younger women’s 200m breast final. She also clocked a mark of 31.88 to take the 50m breast.

Van Der Merwe produced a British Junior Record in the 100m breast sprint, clocking 1:06.06. Look for an additional post on that feat.