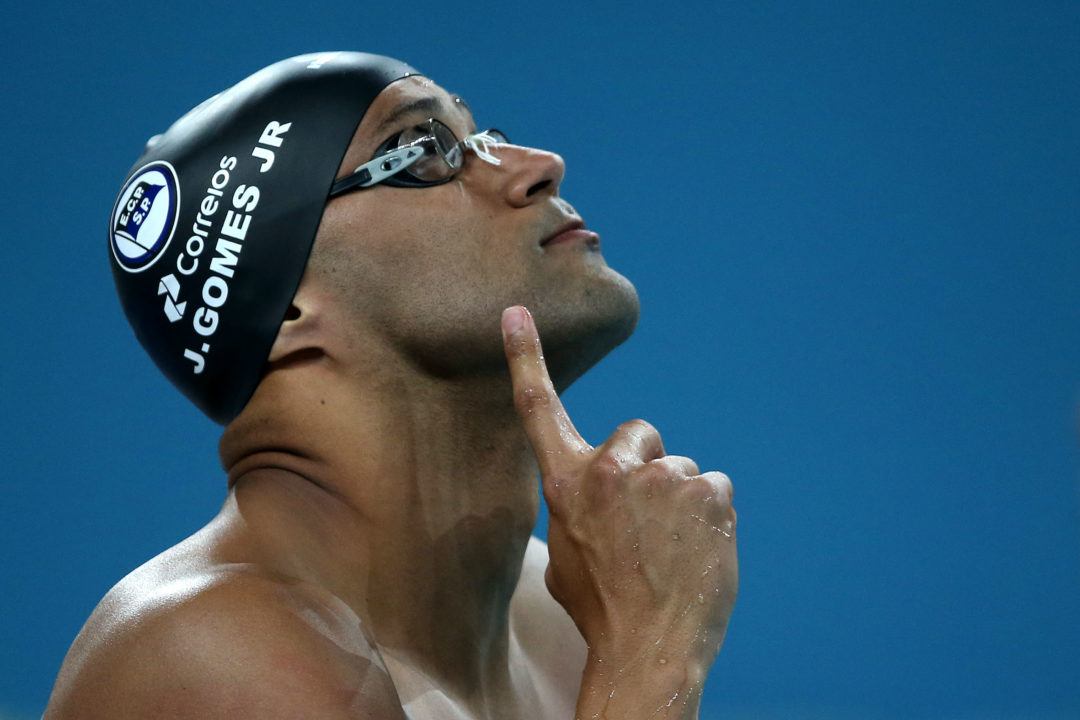 Along with the world record of Adam Peaty (26.10) and the African record of Cameron van der Burgh (26.54), another record fell during the men’s 50 breast prelims as Brazil’s Joao Gomes Junior lowered the South American and Brazilian Records in 26.67, making him the 3rd fastest performer in history.

It was truly a remarkable heats session, as it produced best times from the fastest two performers in history, Peaty and van der Burgh, and saw Gomes move into 3rd.

The swim lowers the previous records of his countryman Felipe Franca Silva, who clocked 26.76 at the 2009 World Championships.

He leapfrogs four men to move into 3rd all-time, previously sitting in a tie for 7th with German Hendrik Feldwehr.

Even more than being a SA record, it is also a AM Record (Americas Record)