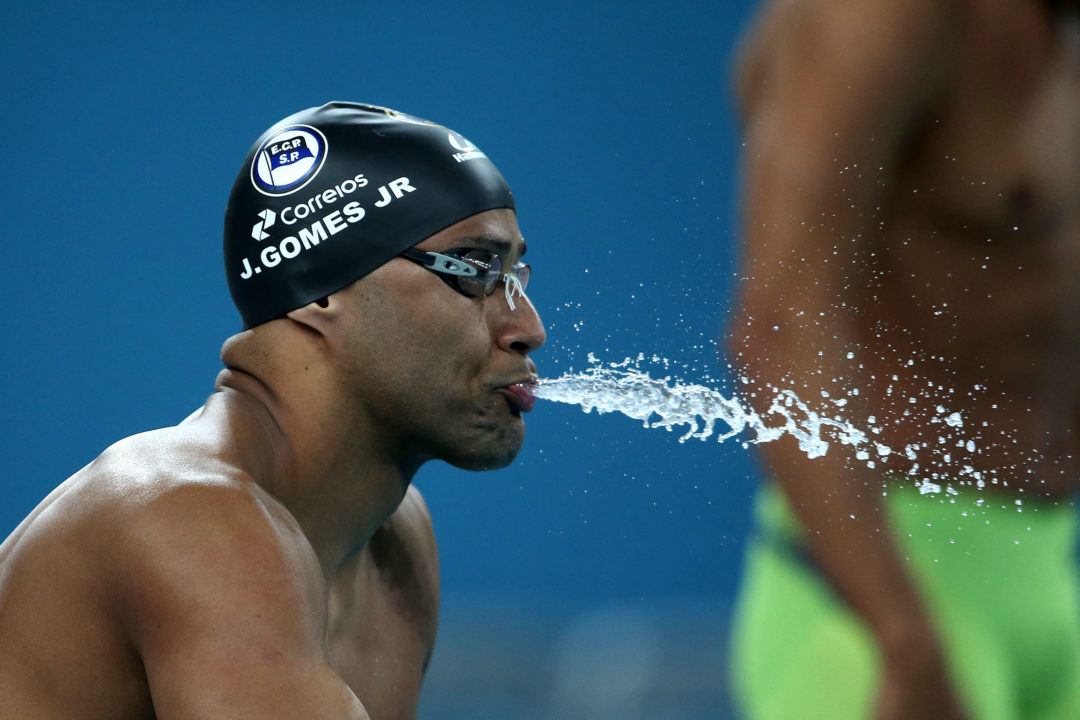 Joao Gomes moved into #2 all-time in the men's 50 breast with a silver medal winning time of 26.52. Archive photo via Satiro Sodre/SS Press

Joao Gomes Junior capped the record onslaught of records we saw in the men’s 50 breaststroke with another South American mark in the final, becoming the 2nd fastest performer in history with a time of 26.52.

In the final his 26.52 won him the silver medal, moving him past two-time world champion Cameron van der Burgh for 2nd all-time in the event. van der Burgh went a best of his own in the prelims, clocking 26.54. He took bronze in the final in 26.74, while Adam Peaty dipped below 26 for the second time to win gold in 25.99.