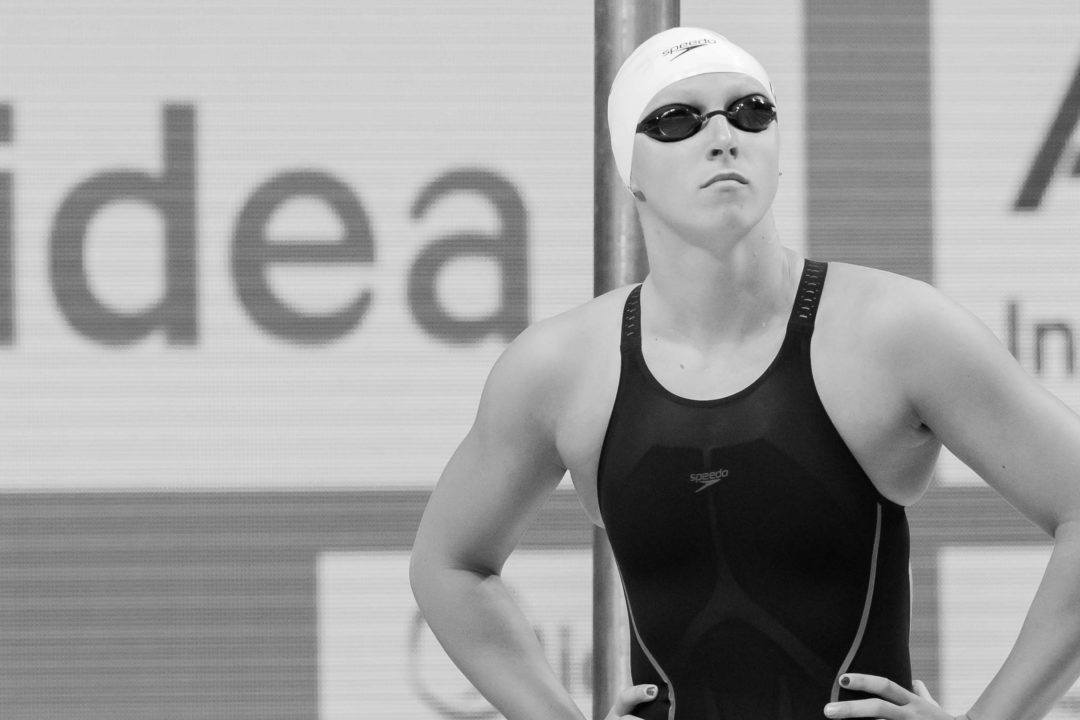 Katie also had an incredible NCAA season, where she won gold at the NCAA Championships in the 200 free (tied with Mallory Comerford), 500 free, and 1650 free. In the 500, Ledecky broke the NCAA and American records with her time of 4:24.06, and won the event by over 4 seconds. In the 1650, Ledecky set a Meet and Pool record with her time of 15:07.70. Katie also went a 9:10.49 in the 1000 free at the Stanford vs Texas dual meet, which was the fastest time in NCAA history and broke the Stanford team record held by Janet Evans by 20.2 seconds.

In her acceptance speech, Ledecky first thanked her entire family, then her teammates (Stanford and National Team), her coach Greg Meehan, and all the coaches she has ever had.

Next, Katie Ledecky offered a little bit of insight into her thoughts on the sport and extended a thank you to USA Swimming, and all those who attended the event: “We all set big goals, and it means a lot when you see you’ve achieved your goals on the scoreboard. [But] my very first goal was to make friends in this sport, and what you are all contributing tonight is to help young kids learn how to swim. I hope those young kids find the love of this sport that I did”.

The other nominees for this award were Lilly King and Simone Manuel. Lilly King won 4 golds at Worlds, and broke 4 World Records. Kobe Bryant described King as “my kind of athlete: intense, confident, always ready to seize the moment”. Simone Manuel won 5 golds and 1 bronze at Worlds. She also broke 3 World Records and in the 3 events she didn’t break World Record in, she broke the American Record.