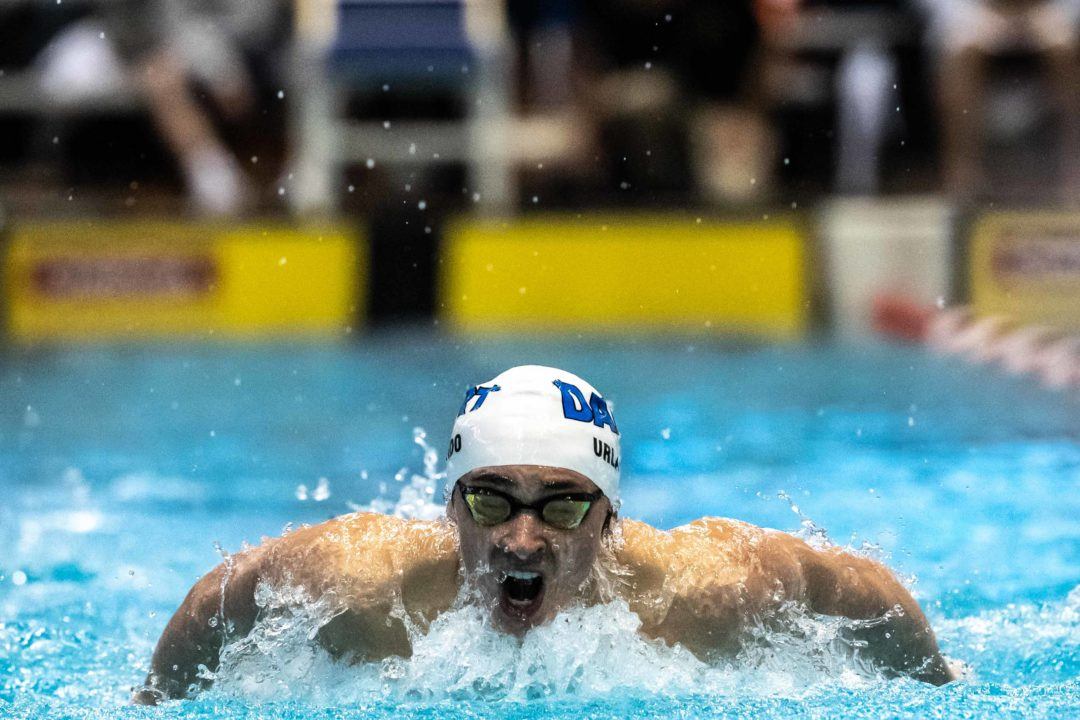 Urlando has twice scared a National Age Group Record this week in College Station, Texas after breaking one on the meet's opening night. Archive photo via Mike Lewis/Ola Vista Photography

16-year old US National Teamer Gianluca Urlando came within .11 seconds of his own National Age Group Record on Saturday evening in College Station, Texas, but ultimately ran out of room in the 100 meter fly. He finished in 52.51, which just-missed his own record of 52.40 from last summer’s Jr. Pan Pac Championships. Urlando now holds the 4-fastest 100 meter butterflies ever done by a 15-16 year old eligible to represent the United States internationally.

Urlando still seems to be toying with the pacing of this race. He split 24.42, which is out about a quarter-of-a-second faster than he was in his best time, but he paid for it coming home. Urlando said in an interview on Friday night that he was shaved and tapered for the meet and that he was chasing National Age Group Records. He already picked up 1 earlier in the meet on an 800 free relay leadoff, though he didn’t swim the 200 free individually in finals. He split a 52.65 on the fly leg of DART’s winning 400 medley relay on Saturday as well.