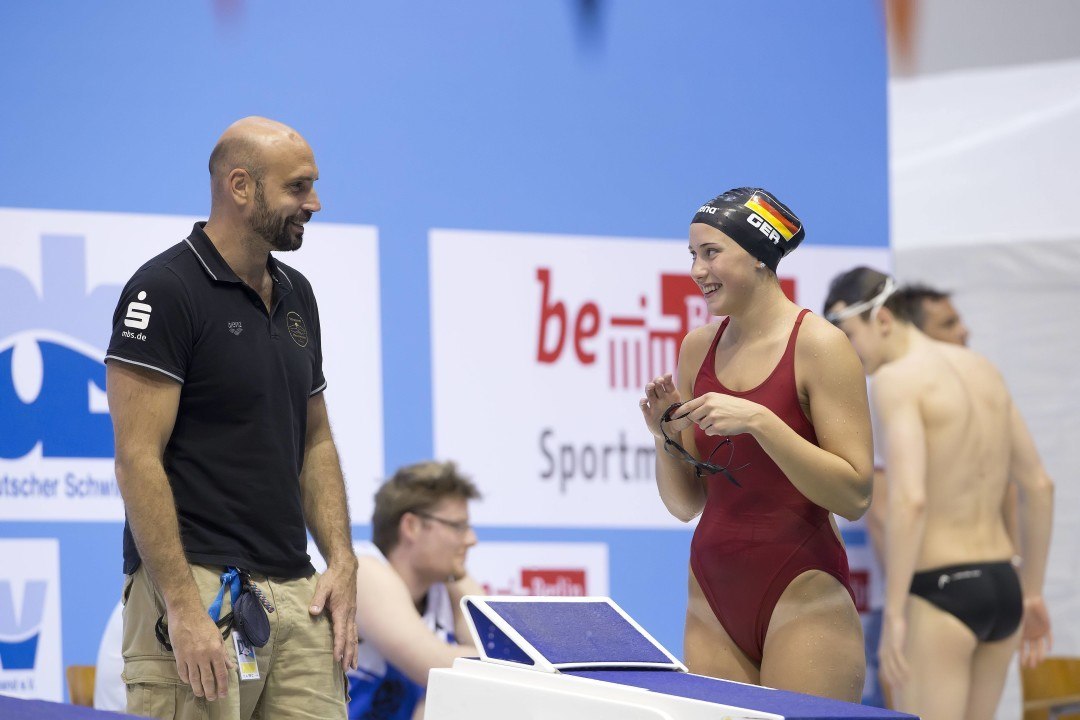 A couple of coaching change-ups were announced today by the German Swimming Federation (DSV), with the federal base of Potsdam at the center. Archive photo via Mirko Seifert

As of November 1st, 58-year-old Reiner Tylinski will move into the role of Potsdam federal base manager, bringing nearly 30 years of coaching experience along with him. Tylinski has coached talent to the tune of Sara Arstick and Annika Bruhn and had previously served as head trainer at SV Waiblingen.

The DSV also revealed Jens Lohaus as junior division trainer as of January 1, 2021 in Potsdam.

“The close and constructive cooperation with the State Sports Association and the State Swimming Association of Brandenburg, as well as a very sport-loving ministry, enabled the DSV to set up the positions and actively shape the development processes until 2024. Potsdam can now develop into a center of excellence in swimming, ”explained DSV competitive sports director Thomas Kurschilgen .

The limited contract with  Jörg Hoffmann as a federal base trainer ends on December 31, 2020. Possibilities of further involvement up to the Olympic Games and beyond are currently being coordinated with the regional partners, especially in the interests of the top athletes based in Potsdam. “The best preparation for the Olympic Games of the national team athletes is a top priority for everyone involved.

You can read more about these coaching changes on SwimSwam Deutsch.