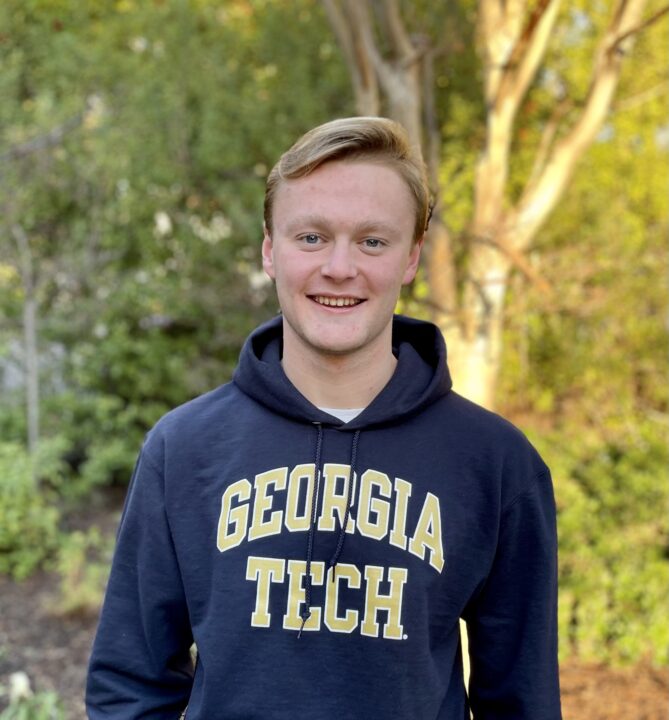 Gibbs will help bring depth to the Yellow Jackets in the distance and fly events when he arrives on campus in the fall of 2023.

A Junior qualifier, Henry Gibbs of Palo Alto Stanford Aquatics has announced his decision to join Georgia Tech in the fall of 2023. Gibbs will be entering his senior year at Palo Alto High School this fall.

Earlier this month, Gibbs posted a pair of lifetime bests while competing at the CIF Central Coast Section Championships. Finishing in the top-8 of both his races, Gibbs finished the 500 free in 4:34.50 and the 200 IM in 1:52.54. He was just off of both of those times a week later at the CIF State Championships meet, touching in 4:36.04 and 1:53.22, respectively.

Two months before those meets, he swam to numerous lifetime bests at the Sectionals meet in College Station. One of his top performances came in the 200 fly where he dipped below 1:49, touching in 1:48.68. That time was good enough for 13th overall in the event.

Georgia Tech is coming off of a season that saw them finish 21st at the 2022 NCAA Championships, with senior Caio Pumputis leading the team with 18 points. Pumputis’ top finish came in the 200 IM, where he finished in 13th with a time of 1:42.13.

While Georgia Tech will be without Pumputis next season, they will return their second highest scorer from the ACC Championships, Baturalp Unlu. Unlu scored in three events last season as a freshman, making the A-final of both the 200 free and 500 free.

Gibbs will be joined as a member of the Yellow Jackets class of 2027 by Ben Irwin, who will bring a similar skill set to the team next fall. While Irwin boasts impressive backstroke times, he also has been below 49.0/1:46.0 in the butterfly events.