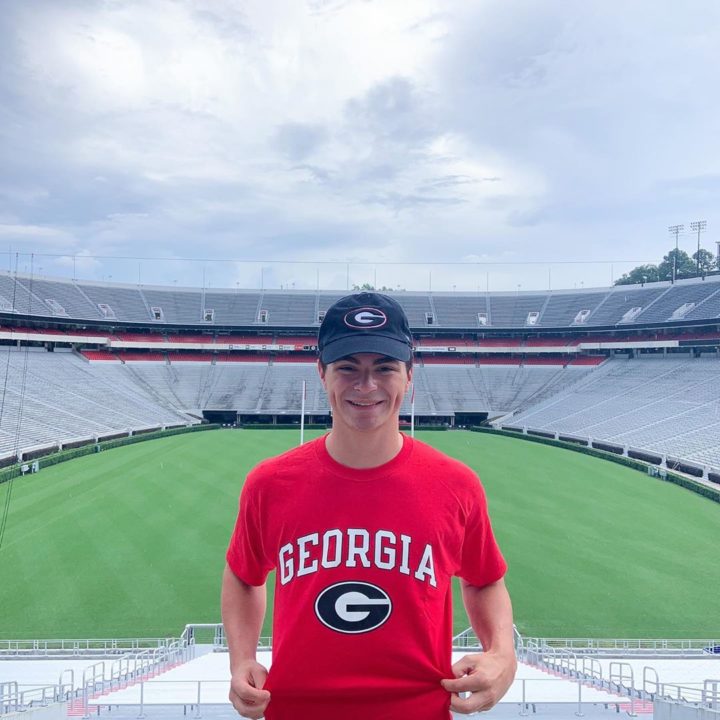 Spartans Aquatic Club and Gwinnett Aquatics participated in a duel meet this weekend, Georgia Swimming’s first since the coronavirus pandemic forced pools around the country to shut down.

Back in July, Spartans Aquatic Club became one of the first teams to host a meet following the shutdown. Led by 11-time NCAA All-American Karl Krug, the team has experienced great successes in recent years, reflected in the athlete’s performances this weekend. On Friday, the Spartans won every 13& over event, highlighted by fast performances from their swimmers.

Two University of Georgia commits led the way for the Spartans. On the men’s side Peter Sacca, who is committed to join the Bulldogs in 2021 won 3 events, while also swimming best times in three of his races. Sacca has been on a tear since the pandemic, entering this meet already having swum 10 best times over the summer, while also nabbing his first US Open cut in August.

In the 100 backstroke, Sacca posted a time of 49.42 to cruise past the 50-second barrier. His performance knocked almost a second off of his previous time (50.47), which was set at the team’s first meet back in July. It also ranks as the 3rd fastest time in the country this season for 17-year-olds.

Sacca’s teammate and fellow University of Georgia commit Hailey Galbraith also had a very good showing, winning three events and picking up a best time with one of her other swims.

In route to her three victories, Galbraith dominated the fields, winning the 100 backstroke, 100 butterfly, and 100 freestyle. In the 100 backstroke, she hit the wall to post a final time of 58.17, which won the event by over a second. She then doubled her margin of victory in the 100 butterfly, finishing in 58.42 to finish over two seconds ahead of the runner-up. Although her margin of victory in the 100 freestyle was not as large, she still put up the top time of the day, coming in at 52.85, which won by over a half-second.

Galbraith wrapped up her day with a 6th place finish in the 100 breaststroke, where she posted a best time of 1:13.23. This took almost a second off of her previous time of 1:14.10 that was posted last November.

I don’t see that in the results in meet mobile.

It was the day before the meet. It’s not on meet mobile but it’s on swim swams YouTube