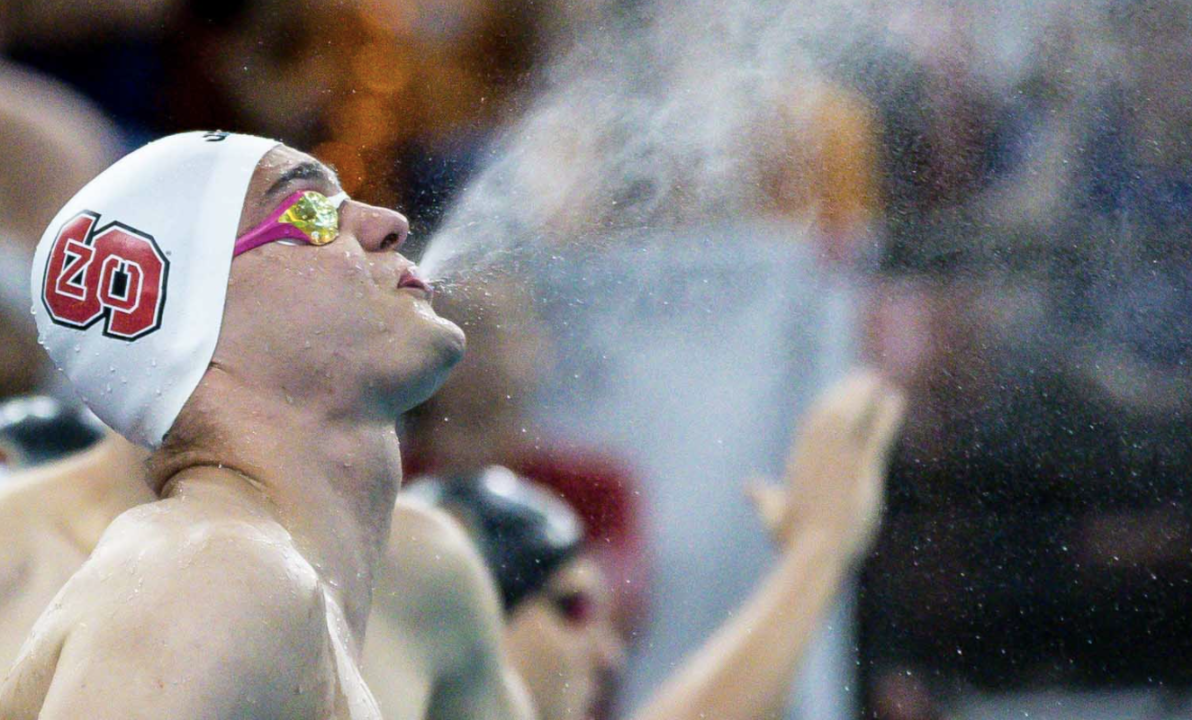 While his NC State Wolfpack teammates were tearing up the pool at the Pro Swim Series stateside, Nyls Korstanje was getting it done in Switzerland. Archive photo via Jack Spitser/Spitser Photography

Competing on the 3rd and final day of action of the 54th Geneva International Challenge, Korstanje busted out the fastest 50m fly time of his life, producing a time of 23.32. His mark reaped the gold medal at this annual competition, beating the next closest swimmer, Maxime Grousset of France, by .18.

21-year-old Korstanje’s podium-topping effort overwrote his own national record, slicing .05 off of his previous PB and Dutch standard of 23.37. That’s the time he put up at the Hengelo Long Course Challenge last August.

Korstanje set the stage for victory early here in Geneva, claiming the top seed in a new meet record of 23.48 in the heats. With his 23.32 tonight, however, Korstanje secured gold and ranks as the world’s 6th fastest 50m fly performer so far this season. His outing also situates the Dutchman just outside the list of top 50 performers ever all-time.