Could the French Not Qualify Any Relays for World Championships? 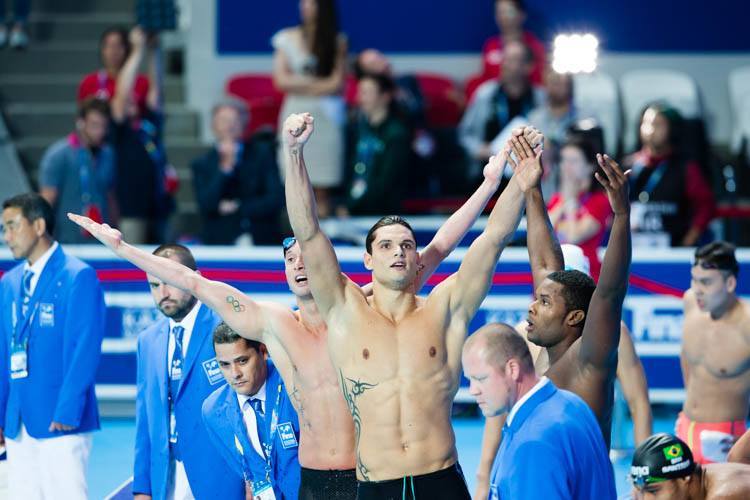 You can read the original article in French, here.

For the first time in as long as anyone can remember, the French Federation (FFN) may not take any relays to the World Championships in Budapest this summer. Already, both the men’s and womens’ 4×200 meter freestyle relays missed the FFN’s time standards based on the performances, in the A finals, of the top four 200 freestylers. The women were only off by .80 but the men missed the mark by 4.3 seconds.

The French men are unlikely to have the chance to defend their world championship title in the 4×100 free either, as their add-up times from yesterday’s A final took the top four over the minimum standard by .57.

Italics = Theoretical best times, not yet swum in finals

2
0
Reply
He Gets It Done Again

They need more bathtubs to train in

17
0
Reply
ERVINFORTHEWIN
Reply to  He Gets It Done Again

They especially need fast people to put in the bathtubs.

The answer is yes. They kinda suck right now.

the retirement of Manaudou (I think he retired?) and decline & subsequent retirement of Agnel has really set French freestyle back a long way. With those guys, in shape, they would have been perennial contenders in the relay. Their abrupt departures are going to be hard to recover from.

As far as I know Manaudou is taking an extended break but not officially retired. He actually tried his hand at handball for a while after Rio, but don’t think it was too successful. But for the purpose of this discussion we should consider him retired for now 🙂

Worth pointing out that Gilot and Meynard also retired after Rio, so the relay lost three strong elements, and Stravius was injured and is only just getting back up to speed, so hardly surprising the sprint free relay is struggling a bit.

It does look like there won’t be any relays in Budapest. Need a big PB in the women’s backstroke for the last chance. A few relays came close to… Read more »

Not looking good unless they decide to disregard their own QT standards and take those relays that were within a 0.5sec (W4X100, M4XMED) or even those within 1sec (M4X100,W4X200). Bonnet’s 100fr PB does help the W4XMED somewhat but still requiring a PB in excess of 0.5sec to make the QT