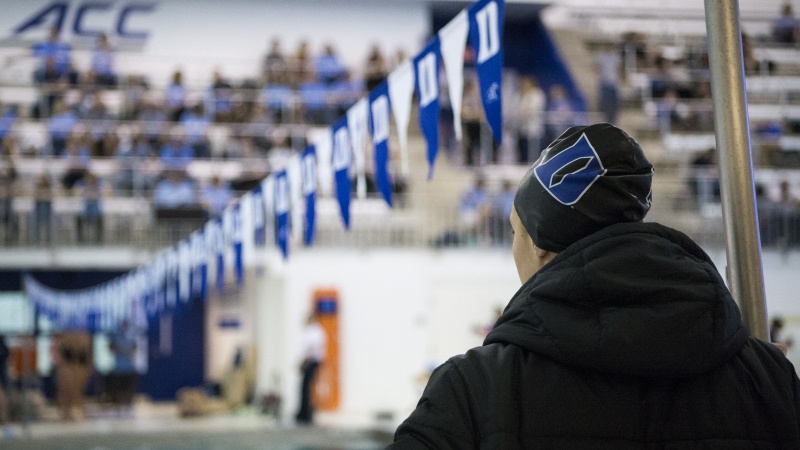 Duke’s home schedule features an October meeting with nationally-ranked squads from NC State, as well as a January tri-meet against Queens University of Charlotte and William & Mary. The Blue Devils’ road trips begin in October with a trip to Blacksburg, Va., to face the Hokies and Florida State and also include a dual meet finale against North Carolina in Chapel Hill, N.C.

“Our program is very excited for the upcoming season,” Colella said.  “We are looking forward to the top-notch completion we will be facing. Adding a great meet like the Big Al Invite to our schedule ensures we will be performing at a high level throughout the season.”

The program kicks off the 2018-19 campaign in Blacksburg Oct. 13, opening action against Florida State and Virginia Tech for the second consecutive season. Duke’s men and women then return to Durham to host NC State Oct. 20.

Following the two weekends of ACC competition, the teams travel to Princeton, N.J., for the Big Al Invite Nov. 9-10. The Blue Devils will compete in an invitational format again later in the month over the course of three days at the Tennessee Invitational in Knoxville, Tenn.

Colella’s squads kick off the new year Jan. 12 with a regular season home finale against Queens University of Charlotte and William & Mary. Duke then wraps up the dual meet portion of the season in early February at North Carolina. The Blue Devil men and women have defeated their conference rivals in each of the past two meetings.

Duke returns to Greensboro, N.C., for the ACC Championships to kick off the postseason. The women’s championship runs Feb. 20-23, with the program’s divers also competing over that four-day stretch. The men’s team takes its turn at the conference championship the following week, Feb. 27-March 2.

The Blue Devil divers will head to Auburn, Ala., March 11-13 for the NCAA Zone B Diving Championships. The men’s and women’s programs will look to continue their success on the national stage at the NCAA Championships to round out the year. Women’s qualifiers compete March 20-23 at the Lee & Joe Jamail Texas Swimming Center in Austin, Texas, followed by men’s qualifiers March 27-30 at the same facility.

The Duke women earned their highest finish at NCAAs since 2011 last spring, tying for 42nd while featuring a program-record 12 swimmers and divers at the 2018 edition of the national meet. 2018 graduates Leah Goldman (100-yard butterfly) and MaryEllen Targonski (platform diving) both took home honorable mention All-America accolades.

Behind the performances of divers Nathaniel Hernandez and Evan Moretti, the Blue Devil men tied for 33rd in the final team standings at last year’s NCAA Championships. Both divers achieved honorable mention All-America status, with Hernandez doing so in the platform competition and Moretti on the one-meter springboard.