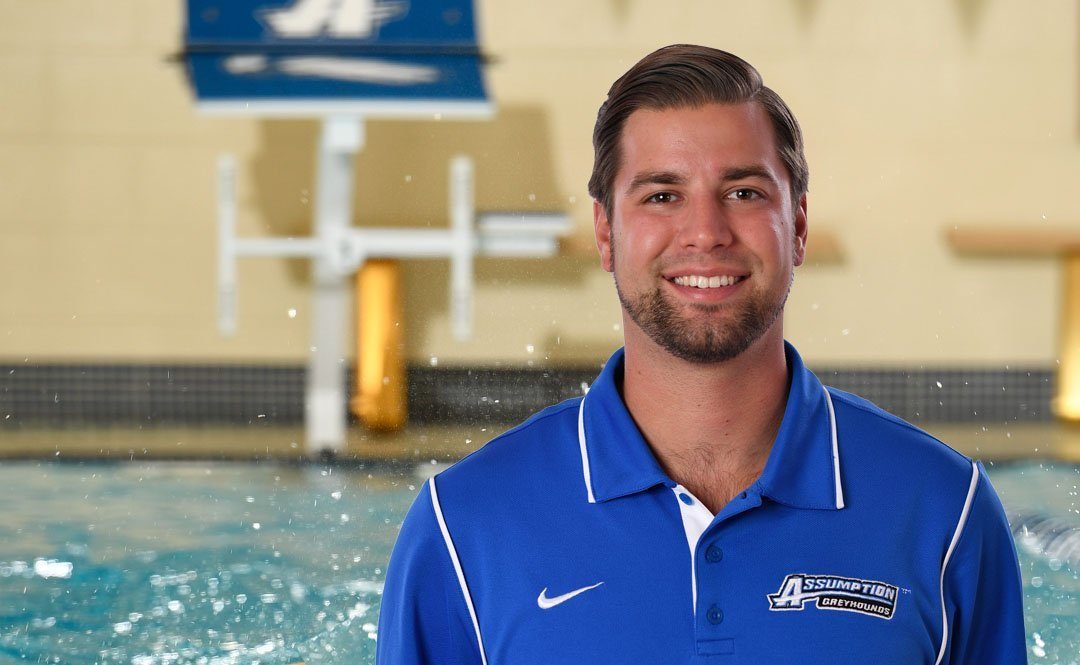 NCAA Division II Assumption College has announced the addition of a men’s swimming program, with Evan Sholudko being named the first head coach in program history. Sholudko’s time with the program officially began in August as he builds a roster for the team’s inaugural season in 2019-2020.

He spent last year as an assistant with the Assumption women’s program, where he helped lead the team to a 2nd-place finish at the NE10 Championships. Before that, he spent a season with Division III Stevens Institute of Technology as a men’s and women’s assistant and aquatics director – where he worked primarily with sprinters.

Sholudko is a 2016 graduate of Division I UMass-Amherst, about 50 miles west of Assumption College in Worcester, where he was a four-year scorer at the A10 Championships. He grew up in Franklin, Massachusetts, about 40 miles south-east of Worcester, so he knows the area well.

“I’m excited to welcome Evan as head men’s swimming coach at Assumption,” said Director of Athletics Jamie Marcoux. “He has proven to be an excellent coach in his young career and will lead our men’s program as a part of Blue and White Sports. I look forward to seeing him develop our swimmers in the pool, in the classroom and the community.”

“I want to thank Director of Athletics Jaime Marcoux and the Assumption Athletic Department for supporting me in my new role as the head men’s swimming coach,” Sholudko said. “I am excited to continue to work with the amazing student-athletes here at Assumption. My goal is to build this program by instilling a positive culture and tradition so that we as a team can compete and make an impact as soon as possible. I expect the men’s swim team to be one that the Assumption community, student-athletes, parents and alumni can be proud of and support.”

CONGRATS Evan! It is great to see another Men’s program being established up in the northeast.