Forrest Frazier, Will Tarvestad Pick Up Wave I Trials Cuts At Cal Invite 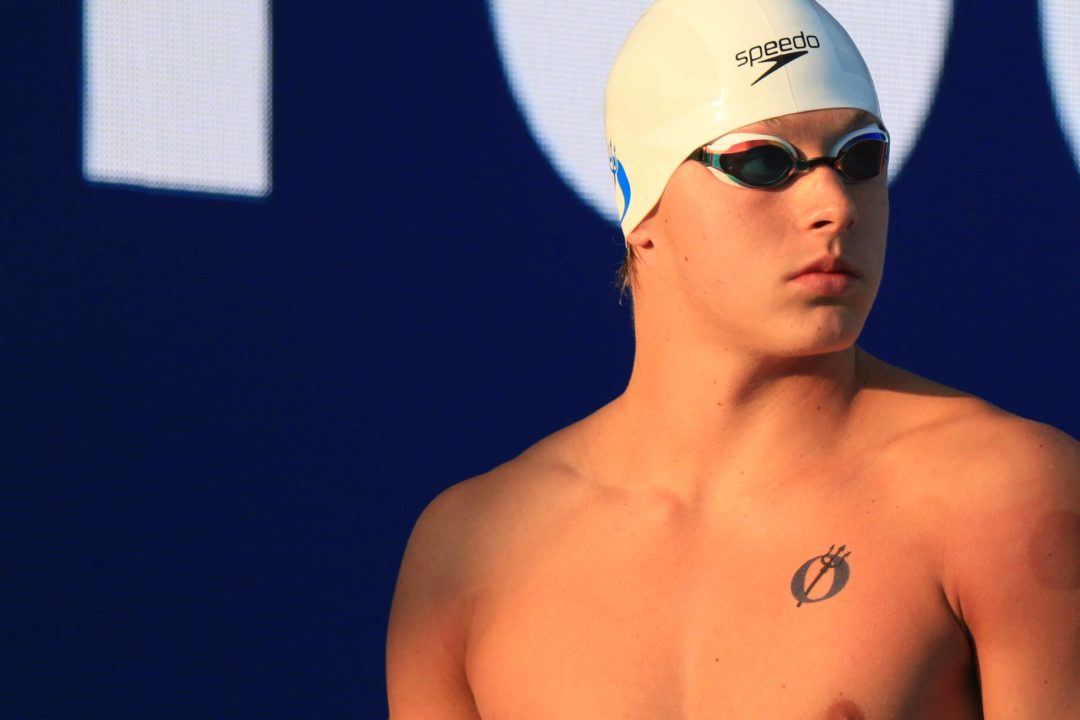 Cal's Forrest Frazier clocked a time of 1:03.05 in the men's 100 breaststroke to put himself into Wave I of the U.S. Olympic Trials. Archive photo via Jack Spitser/Spitser Photography

Two swimmers, Forrest Frazier and Will Tarvestad, got under the Wave I standard for the first time inside the qualifying period to advance them to this week’s Trials competition.

Tarvestad, a rising junior at Stanford, went 22.95 in the men’s 50 freestyle to crush both the Wave I standard (23.19) and his previous best time (23.36, which was set the week prior at the Longhorn Invite).

With those performances, both swimmers find themselves on the Wave I psych sheets, with that meet set to kick off on Friday.

Also competing in the men’s 50 freestyle alongside Tarvestad was Neel Roy, a native of India who is also a rising junior with the Cardinal. Roy tied Tarvestad in 22.95, which improves his previous best of 23.55 and puts him just over half a second outside of the Indian National Record (22.43).

Another international swimmer, Stanford’s Leon MacAlister out of Australia, had the meet’s top performance FINA points wise, clocking 55.22 in the men’s 100 backstroke. MacAlister had set a PB the week prior at the Longhorn Invite in 55.09. MacAlister also hit a PB of 23.01 in the 50 free.

Off topic, but does anyone know what country ziyad Salem represents (cal commit from Schroeder), I forgot he doesn’t represent US and was searching through the wave 1 psych sheet.

Wow! Not only is Will Tarvestad good looking, but he’s also fast!